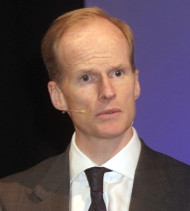 Charles Wilson, former CEO of Booker, and Andrew Selley, CEO of Bidcorp, have thrown their support behind a new generation of emerging talent in the wholesale sector and challenged them […] 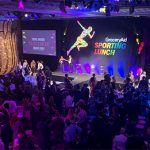 GroceryAid’s Sporting Lunch has raised more than £633,000 for the charity – a record amount for this annual event. Held at Grosvenor House, London, the lunch was attended by more […] 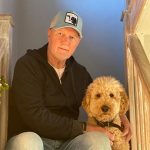 Allan Leighton, chairman of the Co-operative Group, BrewDog and Pizza Express, has been appointed as president of GroceryAid, effective from 1 January 2022. Leighton (pictured) commented: “The grocery trade has […] 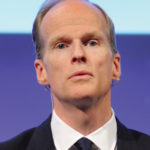 Former Booker CEO Charles Wilson has acquired approximately 10% of the share capital of Menzies Distribution and joined the board as a non-executive director. Wilson (pictured) retired in February as […]

After 15 years of leading the Booker business, CEO Charles Wilson is to retire in February 2021. Wilson was diagnosed with throat cancer a couple of years ago, and although […]

Management and staff of cash & carries and delivered wholesalers the length and breadth of Britain have been going above and beyond to help customers during these unprecedented times. Booker […] 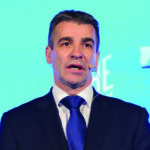 Steve Fox (pictured), who has worked for Booker for 17 years, with major responsibility for the 3,500-plus Premier retail chain, is leaving in September to join leading forecourt operator MFG, […]

Charles Wilson will continue to lead Booker after cancer treatment

Charles Wilson (pictured) will continue to lead the Booker business but will step down from his role as Tesco’s UK chief executive as he recuperates from treatment for throat cancer. […]

Ticket sales for GroceryAid’s Barcode Festival have already surpassed any previous event held by the charity. The festival (www.barcodefestival.co.uk), which takes place on 28 June at Hawker House, Canada Water, […]

An increase in non-tobacco sales in the 16 weeks to 29 December 2017 more than compensated for a further decline in tobacco business for Booker. Total income for the period […]

Sales up overall but further tobacco downturn for Booker

Booker Group’s sales in the 12 weeks ended 8 September rose by 1.1% compared with the previous corresponding period. On a like-for-like basis, they were 1.3% up. Yet although non-tobacco […]