Barr Soft Drinks is launching a new campaign for Rubicon that will reach 78% of 16-34 year old soft drinks shoppers this summer. ‘Made of Different Stuff’’ will run on […] 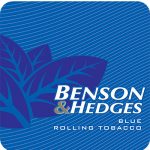 JTI has launched two of its established brands into the ultra-value segment. Featuring the lowest recommended retail prices from JTI are Benson & Hedges Blue Rolling Tobacco (available in England […] 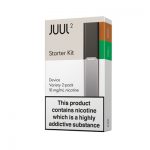 JUUL Labs has unveiled its next-generation system, JUUL2. JUUL2 has been updated from previous versions with new technology and features for adult smokers, including the capability to combat potentially harmful […] 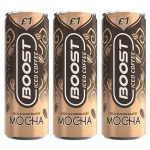 Boost Drinks has expanded its range of ready-to-drink coffee products with a new Mocha flavour. The new variant offers extended shelf life compared to other brands, and the £1 PMP […]

Sleek can introduced for two flavours of Rubicon Spring

Two flavours of Rubicon Spring have been introduced in 330ml sleek cans. Black Cherry Raspberry and Orange Mango are now available in the new format, as singles (rsp £1.29) and […] 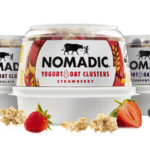 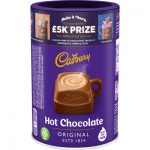 Consumers can win weekend experiences in a new promotion from Mondelez on Cadbury Drinking Chocolate 500g and Cadbury Instant Hot Chocolate 400g. Running from mid-January for three months, the ‘Make It […] 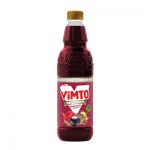 Nichols has brought back the seasonal limited-edition Vimto squash flavour ‘Winter Warmer’. Available in a 725ml bottle format, Winter Warmer is on-shelf until the end of January 2022, whilst stocks […] 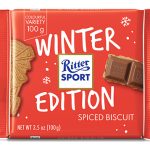 Ritter Sport unveils its range for the festive season 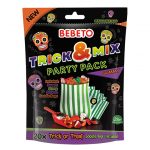 Kervan Gida has launched a Halloween Trick & Mix Party Pack under its Bebeto brand. The Halal-certified 750g pack is available via the distributor Bramble Foods and contains a mix of […] 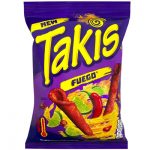 Takis, the Mexican rolled tortilla brand, is being launched in the UK, supported with a £1 million above-the-line marketing campaign. The Grupo Bimbo owned brand has a global retail market […] 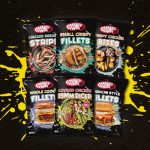