On-trade drinks wholesaler Matthew Clark achieved 7% value growth in wine sales in the 12 months to 26 January. This was despite the total market experiencing a 13% decline for that period.

The company has been concentrating on ‘high quality’ varieties from smaller, boutique agencies from around the world, including Chapel Down, Te Karainga, Bai Gorri and Herencia Altés. 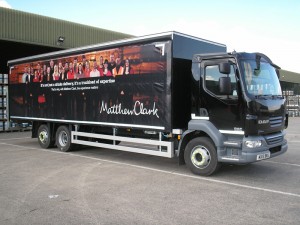 Last month the wholesaler held a ‘Discover the Unexpected’ tasting, moving away from the traditional trade format. It resulted in customer numbers growing by 65% more than achieved at similar events held previously.

Commercial director Ian Smith said: “This growth in wine value sales proves that our decision to focus on quality was the right one.

“We wanted to change perceptions of Matthew Clark and prove to people that we are more than just a reliable wine wholesaler.”

The 10 cash & carries operated by Musgrave Group as MarketPlace (seven in the south of Ireland and three in the north) increased sales by 5.3% last year (to 31 December), reflecting increased investment in this and other parts of the group’s business over the past three years, said group chief executive Chris Martin. 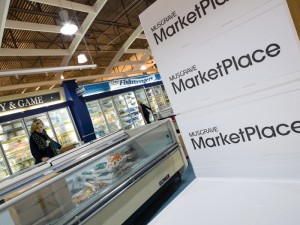 As reported (Cash & Carry Management: April) the Derry branch has been scaled down to become a customer-collect unit, with up to 18 workers losing their job. The delivered part of this business has been switched to the company’s Duncrue (Belfast) depot.

The cutback followed the closure of MarketPlace C&Cs in Belfast and Ballymena, with the emphasis in the north switching to the foodservice sector. Around 3m euros has recently been invested in the C&C business.

The German Metro Group, whose former Makro UK business is now controlled by Booker, is not enjoying C&C success in other parts of Western Europe, although improved sales were generated in Eastern Europe (based on local currencies) and the Asia/Africa region. 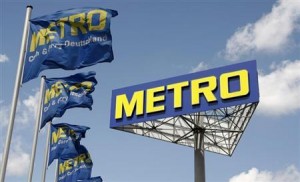 In Germany, where there are 107 C&C outlets, sales dropped from 2.49bn euros to 2.44bn euros, while elsewhere in Western Europe they were down by just under 1% to 5.19bn euros, including declining income from the 17 Dutch Makro outlets.

However, there were ‘very positive’ movements in France (93 Metro C&Cs) and Spain. The same comments applied to Turkey and Poland in the Eastern Europe region. The group operates C&Cs in 28 countries – 23 in Europe and five in Asia/Africa.

Asked whether any further C&C disposals are planned following the Makro UK sale to Booker, a Metro Group spokesperson in Dusseldorf told Cash & Carry Management: “Our country portfolio is consecutively under review. We only comment on respective plans when a decision has been taken.”