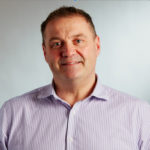 Steve Wilkinson, former managing director of Palmer & Harvey subsidiary WS Retail (Central Stores), and Tony Start, who was commercial director, are to leave the business with effect from 10 […]

Palmer & Harvey’s executive deputy chairman Chris Etherington (pictured) is one of several senior executives who are believed to have left the delivered wholesaler. Another is finance director Jon Moxon. […] 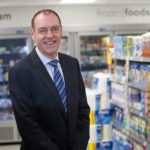 Tony Reed (pictured), who previously spent 38 years with Tesco, has become chief executive of Palmer and Harvey. His most recent posts with the retail multiple were as CEO of […]

Research conducted by Palmer and Harvey found that due to the new Living Wage being introduced, about one-third of independent retailers will cut staff costs or increase prices over the coming […]

Helen Buck leaves P&H after less than a year

Less than a year after joining Palmer and Harvey as chief operating officer, Helen Buck (pictured) is to leave the delivered wholesaler. Buck moved to the Hove-based company in November after […]