Palmer and Harvey has announced the appointment of Helen Buck (pictured) as chief operating officer. 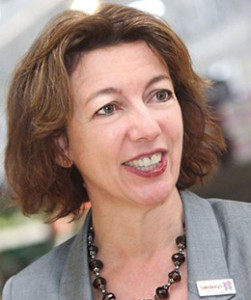 Buck, who will take up the newly created role in November, will focus on supporting Palmer and Harvey’s long-term strategic development as it looks to deliver a step change in the growth of the business.

Buck joins Palmer and Harvey after 10 years at Sainsbury’s, where she held a number of senior roles. Most recently, as business development director, she was responsible for the online business and involved in key projects such as the launch of Sainsbury’s mobile phone network and its joint venture with Netto, the Danish discount retailer.

Before Sainsbury’s, she held senior marketing and management positions at Marks and Spencer, Woolworths and Safeway. Buck is currently non-executive director at LSL Property Service plc.

The appointment of Buck as chief operating officer comes as part of a broader strengthening of Palmer and Harvey’s senior management team, following the appointment of Mark Leonard (formerly head of supply chain logistics at The Cooperative Group) as group operations director, as well as a new supply chain director, regional operations director and an enhanced depot management team.

Chris Etherington, chairman and chief executive officer of Palmer and Harvey, said: “We are delighted that Helen is joining Palmer and Harvey to drive the next phase of our strategy and growth. This has been a year of transformation for us, notably through the significant partnership with Costcutter Supermarkets Group. Helen comes with a wealth of experience in the retail sector, and her knowledge of customer buying behaviour and industry dynamics will be of enormous value as we continue to grow.” 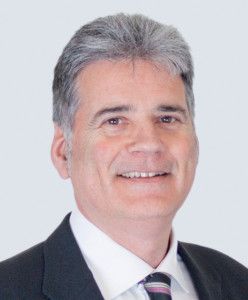 Gilliland joined the C&C/wholesaler’s board at the end of 2010 as an independent non-executive director.

He is currently a senior independent director of brewer Mitchells & Butlers and of Viant Group, whose interests cover the beer trade and petrol forecourts.

He is additionally a non-executive director of cider and beer manufacturer C&C Group and of Sutton & East Surrey Water.

Gilliland is also the former chief executive of Muller Dairies UK & Ireland and has held senior roles with Whitbread and Interbrew.

Rose is the former chairman and executive director of Blueheath, the delivered wholesaler taken over by Booker in 2007. He is also an ex-chairman of the Whittards of Chelsea tea chain.

Hunt’s Foodservice, of Sherborne, Dorset, is sponsoring the local Harbour Bites festival (18 and 19 July), a new event featuring food and drink from across Dorset and the south west. All profits are being donated to the Air Ambulance charity.

The wholesaler, a founder member of the Caterforce group and affiliated to Ice Cream World, has been promoting the festival’s message and supporting local producers, as well as fundraising.

Event co-ordinator Caroline Richards said: “The Dorset & Somerset Air Ambulance recently saved the life of a close friend of the organisers. We are delighted to have Hunt’s support.”

Richard Hunt, managing director of the foodservice concern, commented: “We are a Dorset-based company with operations spreading all across the south west which, like many others in the region, rely on services such as the Air Ambulance to help us in the time of need.

“I am very pleased to be sponsoring Harbour Bites and think this event is a fantastic way to raise money and promote the culinary delights of the south west.”

Hunt’s supplies chilled, frozen and dry goods, as well as fresh meat – over 6,000 product lines in total – from its 1.5m cubic ft cold store. It has a fleet of 80 temperature-controlled vehicles.

Drinks wholesaler Matthew Clark has responded to increased interest in the craft beers sector, which has seen volume increase by 5.2% in the on-trade over the past 12 months.

It has added a further 40 products to its Boutique Beers range, which was launched last year. There are now approaching 140 styles covering draught, bottles and cans. 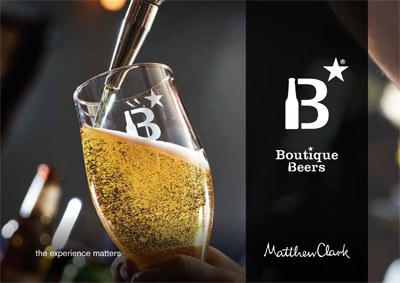 The drinks specialist has sold over four million litres of its Boutique Beers in a year, with sales volume showing 45% growth.

IPAs and porters continue to be popular, with more speciality styles such as farmhouse ales or saisons also doing well. This is reflected by the introduction of Tank 7 from Boulevard brewery, of Kansas City.

UK craft beers have also seen a surge in popularity, with market value up by 28%. The Matthew Clark range now includes Celt from Wales, Portobello from London and Thornbridge of Bakewell, Derbys.

The company’s craft beer portfolio will be showcased at several events across the UK this summer, including Edinburgh, Liverpool, Bristol, Birmingham and London.

The wholesaler’s beer ‘sommALEier’ Melissa Cole said that craft beers are now available from all parts of the world, notably Mexico, Japan and New Zealand.

In addition to craft beers, Matthew Clark has added to the Perfectly Picked cider range, which accounts for 7% of its cider volume.