Mars Chocolate UK has unveiled a ‘Bake Yourselves Silly’ campaign to encourage consumers to help raise £1 million for Comic Relief with a 5p donation from each special pack. 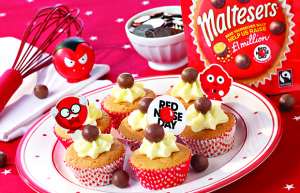 All Malteser packs, together with Maltesers Teasers single, block and three-pack formats, have undergone a baking-themed design revamp, with a selection of baking recipes and fun tips available online.

Maltesers is supplementing the campaign with a bespoke TV advert, eye-catching PoS and a media partnership with BBC Good Food.

Halewood International has created distinctive point-of-sale kits as part of its ‘Touch down with Lazy Jack’s’ campaign to support on-trade outlets in the lead-up to Super Bowl XLIX on 1 February. 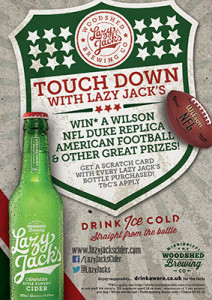 The point-of-sale kits, which are being distributed free of charge to all existing listings, features scratch cards for consumers to win Wilson-branded American footballs, and Lazy Jack’s-branded shirts and bottle openers.

The initiative is backed by a fully integrated marketing and PR campaign, including social media engagement in the lead-up to and during the event.

The brand will also be supporting key US events throughout the year, such as Independence Day and Thanksgiving.

Butterkist’s ‘Love the Taste’ TV adverts, which will air on 13 February, will feature during ad breaks on channels including ITV1, ITV2, Channel 4 and Channel 5, plus E4 and Sky.

To help promote Butterkist’s suitability for snacking-on-the-go, at work or at home, Tangerine Confectionery has announced plans to promote the Butterkist range via PR, social and digital activity.

Coca-Cola Enterprises has invested in a multi-million pound integrated Diet Coke campaign to inspire women to indulge their impulsive side. 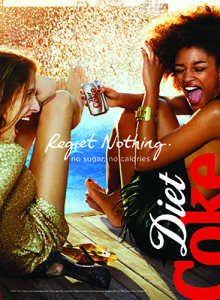 The new ‘Regret Nothing’ campaign is a step change from the iconic Diet Coke ‘Hunk’ and follows internal research which revealed that the fear of embracing your impulsive side can lead to self-restraint and regret.

The insight will form the central theme to the campaign, which will include TV and print media advertising.

The advertising push will be supported by social media outreach and experimental activity to drive footfall to retail outlets, while in-store POS will be available to capture the attention of shoppers along the path to purchase.