Footfall increases in c-stores as their community value grows

New research commissioned by TWC and conducted by KAM shows that shoppers are staying close to home and consumers are turning to their local convenience store alongside a growing recognition of their community value. 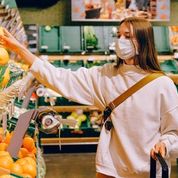 The report, Forging a New Future in Convenience Retailing, has four chapters, the first of which is released on 28 May (Section One – The Current Landscape). It can be seen in more detail on https://twcgroup.net/convenience-retail-chapter-one/ with the ability to register now for the full report which becomes available on 9 June. https://share.hsforms.com/1hlhCOG5XTpGeNStgKbnP9A4f6hi

Forging a New Future in Convenience Retailing reflects the views of over 560 consumers and shows that 75% of the UK adult population have visited a convenience store in the last six weeks, with 52% of consumers stating that their local convenience store has become more important to them since lockdown measures were introduced.

Retailers can expect the upturn to stick in months to come, with almost a third of respondents confirming they will continue to use their local c-store more regularly on an ongoing basis, once the current government guidelines are relaxed. With risk of COVID-19 infection remaining top of consumers’ minds, over 77% of consumers said they feel ‘very safe’ or ‘somewhat safe’, when shopping in their local c-store.

With talk in the media of retailers looking to profiteer from price increases, the study looked at consumer perceptions and found that 51% of respondents say they are not aware of any price increases. However, 44% think prices have gone up although it is important to note that 47% of consumers stated that they would find an increase acceptable (to some degree), under the current market conditions.

According to retailer David Sands, who trades under the Nisa Local banner in Scotland, prices have risen in some instances and for good reason: “We should be very clear that there is a difference between responding to current market conditions and a need for genuine price increases, against ‘predatory pricing’, which has been reported but actually only occurs in very few cases,” he says.

“Right now, the cost of deliveries is greater than it was on 23 March, plus there is no more ‘open food’ so the price of packaging has increased. Normal SKUs such as price-marked packs (PMPs) are no longer available, so retailers have had to switch to non-PMP packs. Whilst products are widely available to the consumer, there are still major supply issues which means the introduction of different lines; take alcohol, where we are presently getting about 50% availability.

“Understandably, many retailers are probably ignoring promotions currently. Maybe one of the big learnings to come out of the current situation will be that we are probably doing too many promotions and actually our customers are not that interested. If retailers spent their time on customer service rather than setting up promotions, would they fare better?”

Commenting on the report, TWC’s development director Tom Fender says: “Our aim is to provide valuable information and insight to help retailers and brands prepare for the ‘new normal’ as the UK comes out of lockdown. Shopping behaviours have changed overnight and in this report we are exploring the short to medium-term future of the UK convenience channel.”

Key statistics from Forging a New Future in Convenience Retailing:

47% of consumers think it’s acceptable that prices have risen to some degree during current market conditions.

76% of the UK population have visited a convenience store in the last six weeks.

52% of consumers say convenience stores have become more important to them since lockdown measures were introduced.  Only 11% say they have become less important.

27% of consumers say they will use their c-store more after lockdown.  54% ‘the same’

27% say they feel very safe when shopping in the local convenience store, 50% say somewhat safe and only 6% say ‘not safe’. Note: This may be influenced by consumers’ attitudes (and fears) towards shopping generally rather than specifically aimed at c-stores.

Protection measures consumers think are a must have or a nice to have:

Communication regarding safety measures in store and out of store. 60% and 35% respectively

That same communication as above but online – 36% (so lots of consumers are looking at c-stores’ websites?) and 40%