Wholesalers are being urged to contact HMRC if they need bigger allocations of cigarettes and hand-rolling tobacco during the purchasing restrictions that are in place until the Budget. 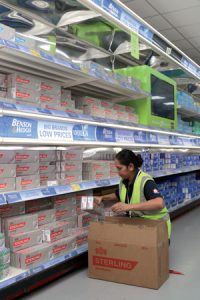 The measures, which took effect on 1 September, are traditionally implemented a couple of months ahead of the Budget to stop a tax-avoidance practice known as forestalling, whereby businesses stockpile tobacco prior to a rise in duty.

However, the FWD has asked HMRC to revise its allocation restrictions temporarily because wholesalers’ sales into retail since March have increased by 17% year on year.

“Shoppers are using convenience stores more than supermarkets, organised black market tobacco trading has declined, and with fewer holidays being taken, people are not bringing duty-free and cheaper tobacco into the UK to the usual extent,” explained FWD chief executive James Bielby.

“We also believe that the menthol ban will have changed smokers’ behaviour, and the full implementation of track and trace in May will have seen some non-registered wholesalers and retailers exit the market.”

Bielby added: “Although we can’t accurately model the full impact of each of these factors, we believe there needs to be more leeway built into purchasing allocations.”

HMRC has said it will review allocations on a case-by-case basis.