Country Fare, established more than 10 years ago, originally focused on fresh fruit & veg, but then developed into a full delivered foodservice operation, adding dairy, bread, frozen and dry goods to its range.

Director Gavin Millward said: “In order for us to really progress the company, the next logical step was to join a buying group. As a growing foodservice concern, Landmark was the perfect choice. Their team took the time and effort to really understand our business.”

Country Fare, whose 14 vehicles deliver to pubs, hotels, schools and nursing homes around Dorset, Hampshire and Wiltshire, has a staff of 52. Turnover this year is projected at just over £6 million.

Esin Cash & Carry is owned by the Ucur family, which owns several companies within the TFC Holdings London Group.

The group, which has been operating for 16 years, includes a chain of 15 London supermarkets under the TFC name, a wholesale food manufacturing and distribution business (EDA Quality Foods) and a specialist licensed importer (Tees).

Esin operates from a new purpose-built 100,000 sq ft warehouse, which also accommodates the other TFC companies.

The C&C offers an extensive range of ethnic products, as well as a growing UK-made selection, plus licensed drinks – the sector expected to benefit most from group membership.

Business is split between C&C and delivered, with drops being made as far as Colchester in the south and Manchester in the north.

Landmark chief executive Martin Williams said: ”Traditionally, our strength has been in cash & carry retail, and our expertise will benefit Esin as it expands into new areas.

“Country Fare will be supported by our new Caterer Connections programme, launched earlier this year.”

One of two new members for Landmark Wholesale.

Abra Wholesale, of Edmonton, north London, which switched from Today’s Group membership to Landmark Wholesale at the beginning of last year, is to open a second branch – in Luton. 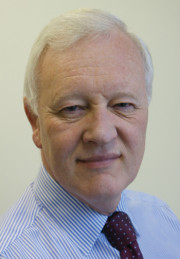 David Gilroy has been recruited to assist Abra.

The new C&C, in Dallow Road, near Junction 11 of the M1, is scheduled to start trading this summer. It will have a sales area of about 55,000 sq ft, which compares with 75,000 sq ft at the existing Edmonton site.

Owner Dee Thaya, who set up the company in 2003, has recruited former Nurdin & Peacock and Bestway executive David Gilroy to assist on operational activity and strategy.

Thaya commented: “We are pleased to have David Gilroy on board as we step up the next stage of our development.

“Many of our customers travel long distances to shop with us – some from the south coast. Research tells us there is demand for a value proposition in the Luton area.”

The C&C/wholesaler and two of the East London business’s co-founders, James Brundle and stepbrother Chris O’Connor, will oversee the running of the EAT 17 group, which comprises two joint SPAR convenience retail and restaurant sites in Walthamstow and Hackney. 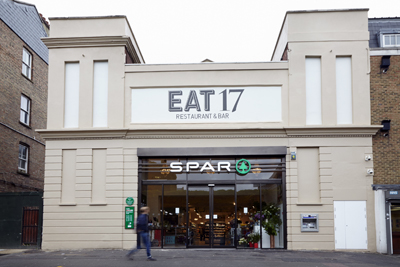 The Hackney branch was recently crowned best new store at a convenience retail awards show and is also in the running for an international accolade.

Blakemore Trade Partners managing director Jerry Marwood commented: “Foodservice in a franchise format has delivered strong growth across both our independent SPAR estate and company-owned stores, so this investment will further strengthen our insight into this area.”

Brundle added: “Having worked in partnership with Blakemore since 2010, we have seen the great benefits that their industry expertise and symbol group backing has brought to our company.

“We are confident that this partnership will help us to grow our business and develop it to the next level.”