Nestlé Confectionery has announced plans to release a new limited-edition Toffee Crisp Honeycomb, exclusively in the wholesale and convenience channel.

Available from 16 February for 12 weeks only, the new bar has an rsp of 59p and taps into the popularity of honeycomb confectionery, which contributed an extra £6 million in sales to the category last year (Kantar).

Nestlé also reports that the honeycomb variant scored the highest of new flavour options during product testing. This follows the news that Toffee Crisp posted 21% sales growth in 2014, with the brand now valued at £31 million (IRI).

United Biscuits (UB) has unveiled its largest ever in-depot activation scheme, designed to drive distribution of its core and NPD lines in the convenience and impulse channels across the UK. 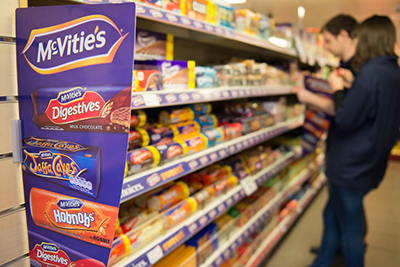 The tour, which will see UB visit nearly 50 depots across the UK until 27 March, offers retailers advice on how to boost their biscuit sales, including UB’s tailored Five-Step ‘Better Biscuits, Better Business’ plan.

UB reports that customers already implementing the steps have seen increased sales of over 50%.

Hena Chandarana, trade communications controller at UB, said: “We are committed to helping retailers unlock what we believe to be an £18 million (retail sales value) opportunity for biscuits in the impulse trade.

“In 2014, our depot tours reached over 7,200 retailers across nine weeks of dedicated activity. By offering targeted advice for retailers and strong promotional activity on the best-sellers, the Jacob’s ‘Snack Happy’ tour alone resulted in a depot sales increase of over 330%, compared to the same period the previous year.”

Coca-Cola Enterprises has sought to capitalise on the growing popularity of special-edition flavours by introducing a Fanta Apple & Sour Cherry range. 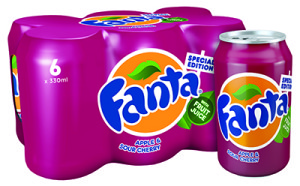 Mondelēz International has announced the return of Cadbury Dairy Milk on TV screens this month, as part of a £7 million campaign featuring outdoor, digital, in-store and sampling activity.

The 30-second advert, which features the return of Keith – a bored office worker – is designed to encourage consumers to explore and rediscover the full range of the nation’s favourite chocolate (Nielsen), with a particular focus on 120g and 200g SKUs.

Matthew Williams, marketing activation director for chocolate at Mondelēz International, said: “Focusing our campaign on the full range will encourage consumers to trial new variants or re-trial a forgotten favourite and provides a significant opportunity to drive incremental sales.”