Nisa’s Making a Difference Locally charity has received national recognition for its support of good causes with an accolade announced at the Better Society Awards ceremony in London. 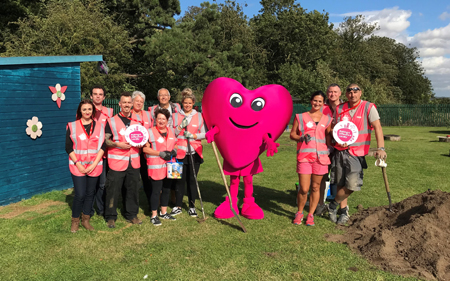 The awards celebrate the efforts of commercial organisations helping to create a more equal, ethical and sustainable world.

Making a Difference Locally was presented with the National Commitment to the Community Award for the positive impact made to communities by the charity and Nisa retailers.

Last year the charity supported good causes across the UK with more than 2,000 donations totalling over £1 million. It was a particularly strong financial year for MADL, as the total donated by Nisa retailers increased by 43% whilst the number of donations made saw a 31% uplift.

Several new initiatives were introduced throughout the year to increase the charity’s impact, including funding for time-sensitive donations, volunteering opportunities and the addition of new income streams, such as clothing banks and digital donations.

Kate Carroll, Nisa’s head of charity, said: “We are truly delighted to have been recognised with this award and particularly given the large household names also shortlisted within our category this year.

“This award is testament to the fantastic work that Nisa’s independent partners do to support the communities they serve, along with the support from Nisa colleagues and shoppers.

“Our mission is to invest in building stronger local communities so this award is fantastic recognition for all those involved with our charity.”

Making a Difference Locally has also been shortlisted for the Corporate Foundation Award at the Business Charity Awards, for which the winners are set to be announced at a ceremony on 19 May.