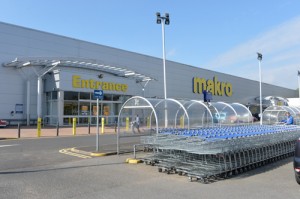 The 112,000 sq ft Makro store in Croydon began trading in April 1982 and was the 20th Makro branch to open in the UK. The operation will be absorbed into the Booker depot less than a mile away – at Purley Way, Croydon – where the manager is Pat Walsh.

Meanwhile, the company has strongly refuted trade speculation that the Booker branch at Nine Elms in south-west London is to shut its doors permanently.

“There are no changes at our Nine Elms branch and it is not closing,” said a spokesperson for Booker.

“Makro Croydon is moving to Booker Croydon to ensure we are offering our customers the best choice, price and service. No colleagues are affected and we anticipate the move to be in Spring next year.”