Appleby Westward, which recruited 27 more stores to the SPAR south-west network last year, has targeted a further 24 in 2019. 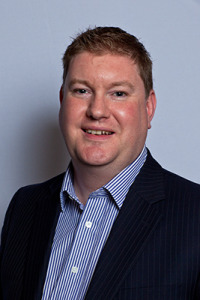 Mike Boardman: ‘Our service levels are the envy of many.’

The announcement was made by managing director Mike Boardman, speaking at the wholesaler’s third mini trade show of the year, held in Bournemouth.

“We have consistently recruited numbers in the mid-20s over the last four years,” he said. “A number of companies have experienced supply issues while we have still managed to record service levels above 98% in the year.  This has helped recruitment where many independent retailers have grown tired of supplies coming in late.”

Based in Saltash, Cornwall, Appleby Westward’s wholesale sales reached almost £135 million for the 2018 financial year, with like-for-like sales up 4.4%.

The highest summer volume for two years was recorded, with total cases reaching the 250,000 mark.

“Our service levels are the envy of many, especially during the high-pressure summer months. With continued investment in our retailers, company-owned stores and warehouse facilities, SPAR is now the only credible independent symbol group.”

The Bournemouth show attracted representatives from 84 stores and from 80 suppliers.