Following strong growth in 2013 and a buoyant start to this year, Hancocks has moved its Cardiff operation into larger premises to cope with increased demand.

The cash & carry, which opened in 2004, has increased in size by 40% through the move to a new 14,000 sq ft site in Penarth Road, half a mile from the old premises and with better parking facilities.

The confectionery specialist’s chief executive officer Mark Watson said: “We have plans to open new depots during the next couple of years, but it’s also important to review and develop our existing sites when necessary.

“In Cardiff we definitely needed a larger depot to expand further and hold the stock required to support our loyal customers, who are growing in numbers every week.”

Today’s Group managing director Bill Laird, who with the help of explorer Sir Ranulph Fiennes (both pictured) presented awards to some of the group’s top performers at the annual Stoneleigh show, also announced substantial growth in the on-trade sector. 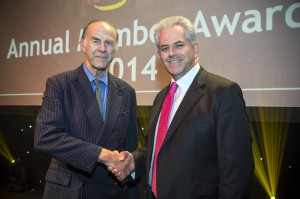 Dee Bee, of Grimsby, won two awards – for its Re-Scan EPoS solution (also adopted by fellow members JW Filshill and Savage & Whitten) and for its retail development programme for symbols.

Member of the year was Agrimark, on the Isle of Man; symbol group retailer was Fran Pearcy, of Broughton, Lincs; and top foodservice member was Total Foodservice, with depots in Clitheroe and Huddersfield.

Bestway Group’s ethnic foods arm, MAP Trading is planning to widen its geographic coverage, which already extends to many parts of the world. 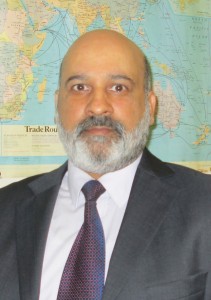 “We have always had a tremendous South Asian range, but we are now sourcing product from around the globe, including Africa, the Middle East and Eastern Europe, particularly Poland.”

Without specifying untapped areas, he said: “We want to be the undisputed leader in world foods, so we look at the resident UK ethnic communities and identify gaps.”

The news that the company will be widening its range will be welcomed not only by retailers, but also by other wholesalers it services, including Southall-based TRS, Afro-Caribbean specialist Wanis, of east London, Blackburn-based Khanjra International Foods and Restaurant Wholesale, of Manchester and Barking, east London.

It is producing a monthly deal brochure that will be distributed to all Bestway group customers and will also be available in the cash & carries, where the emphasis on world foods will be clearly highlighted.