Work on transforming the former Sher Bros Cash & Carry in Glasgow – recently acquired by Bestway Group (Cash & Carry Management: April) – is due to be completed next month.

Trading has continued while the changes have taken place, although the management admits that “sales have been inhibited to a degree”. 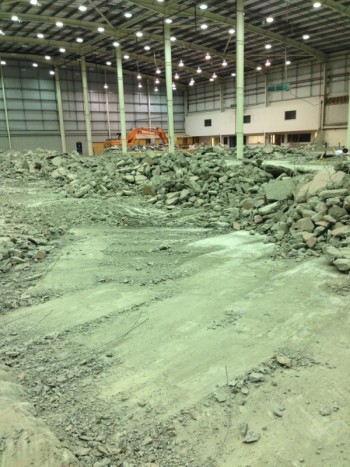 Building work is due to be completed next month.

The C&C has, for the first time, a licensed section, initially carrying a core range of 150 skus covering beers, wines, spirits and cider. This will be expanded once building work has finished. Other new departments are chilled & frozen and world foods.

The new general manager is Pat Collins, formerly with Batleys Cambuslang and United Springburn. His deputy is Laurence Ward, who previously worked for Bestpets at the Cambuslang C&C.

Bestway Group’s operations manager for Scotland David Livingstone said: “It’s important that we engage local retail and catering businesses to come along and see the transformation for themselves. The response so far has been nothing short of phenomenal, even though we are currently working with limited space and are not fully operational.”

He added: “What’s really encouraging is that all Lifestyle and Lifestyle Express customers have signed up to our Xtra Local retail club, and a few to Best-one.”

Glencrest, the Glasgow C&C/wholesaler specialising in impulse lines and beers, wines & spirits, has relocated within the city.

Run by brothers Ross and Fraser Gourlay, the Sugro member has moved from its original site in Balmoral Street to 20,000 sq ft premises a mile away in Clydeholm Road.

Although the former building was larger, it comprised two warehouses that had been combined and, as such, was not ideal as far as the company was concerned.

Whereas the old unit specialised in delivered trade, the present one has introduced a greater cash & carry element (two checkouts), while continuing with the delivered business. Deliveries are made across the central belt of Scotland, using four 7.5-tonne vehicles.

Founded in 1996, the company has around 3,000 customers covering the educational sector, garage forecourts, pubs, clubs and restaurants, takeaways and leisure outlets.

The company’s aim is to expand the range of soft drinks, crisps and confectionery that it handles, as well as introducing some additional categories, such as kitchen and toilet disposables.

Glencrest also has its own energy drink, Nae Danger, and is planning to launch a range of caffeinated chocolate bars under the AWAKE name. 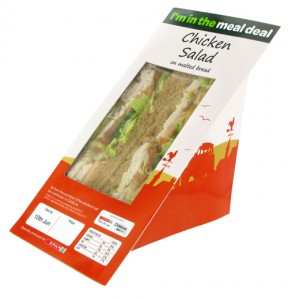 In addition to making sandwiches for sale in symbol stores across the north of England, the factory produces wraps, flatbreads and bloomers among the 28-item range, as well as packing cakes.

Trading director Andrew Barnes said: “We were expecting to reach this landmark in mid-June. However, good weather caused our sales to rocket, meaning we reached it weeks earlier. We sell an average of more than 160 sandwiches a week in the stores.”

James Hall’s manufacturing division has a staff of 50 across three production lines in Blackpool. As a result of continued growth, it recently installed a further line at its Bowland View site in Preston, creating 12 further jobs.