Three of the next five depots to be transformed into a Booker and Makro combo will be in London – Enfield, Charlton and Park Royal. All are Makro sites.

Two other locations have been earmarked by Booker chief executive Charles Wilson, but at this stage he is keeping their whereabouts under wraps.

When the work has been completed over the next year, they will join the first three combined sites to receive the treatment – the initial one in Sheffield and subsequent units in Belfast and Preston.

Wilson, speaking at last month’s annual results presentation, where he announced a 17.3% increase in sales of £4.7bn for the year to 28 March and pre-tax profit 25% higher at £118.7m, said that while the first three makeovers followed a similar pattern, there are differences. 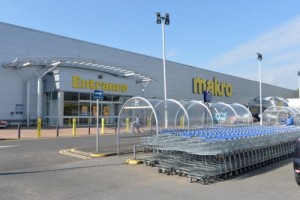 The Belfast branch operates mainly under the Makro badge.

He told Cash & Carry Management: “At Belfast, for instance, the Booker name is not as well known as Makro, so the depot operates mainly under the Makro badge.

“Conversely, in Preston, there is clear Booker Wholesale labelling. We will also be making a lot of Booker deliveries out of Makro branches over the next five years.”

Wilson added that the full programme, covering the remaining Makro sites, will probably be completed over a five-year period – at a rate of around five a year.

When Booker acquired Makro two years ago, it had just incurred an £18m loss; last year, under sales director Stuart Hyslop, it made an £11m profit.

Senior appointments have been announced at WallacesTCB, formed after the recent completion of the acquisition of Scottish drinks wholesaler Wallaces Express by C&C Group, which owns Bulmers and Magners cider.

The management will work towards establishing a business model, supported by a small integration team from both Wallaces Express and TCB (Tennent Caledonian Breweries).

Calder commented: “These appointments are the next stage in the integration of our businesses and confirm our intention to ensure that WallacesTCB and the Tennent’s off-trade business provide unrivalled service, choice and commitment to customers in all sectors of the trade in Scotland.”

Wallaces has six Scottish depots, the head office being in Irvine. 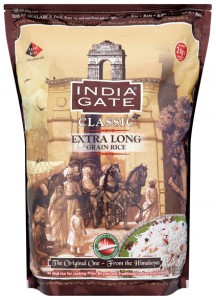 Bestway Group’s MAP Trading has linked with the world’s largest rice miller and basmati exporter, KRBL, to launch its flagship India Gate brand into the UK.

Gurmail Lal, head of sales at MAP Trading’s World Foods division, said: “Gone are the days when the British public saw rice as a commodity. Consumers are becoming more audacious and are looking for different aromas and tastes to complement and complete their meals.

“India Gate is a globally recognised, super-premium rice brand that can truly claim not only to meet the needs of the UK’s demanding ethnic population when it comes to quality, but also to provide a superior taste experience for discerning diners who are seeking top quality food.”