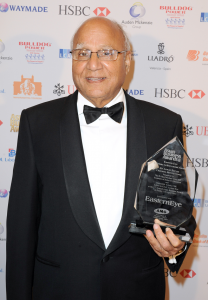 The annual event, where Education Secretary Michael Gove was chief guest, marked the achievements of the Asian community and the impact its members have made on the UK and global economy.

Gove said: “We celebrate some of the most successful Asians in the UK, many of whom started with a small idea and worked their way up the ladder to where they are today.”

That description precisely fits Sir Anwar, who began his food career in 1963 by opening a convenience store in Earls Court, London, and then ventured into cash & carry in 1976 with the launch of his first depot in Acton, north-west London, building Bestway group into a £2.5bn business, which includes 63 branches and a thriving food wholesale operation, Map Trading.

On receiving the award, Sir Anwar said: “It means a great deal to receive recognition for my efforts. Like so many others, I came to the UK with very little other than a willingness to work hard, the dream of starting a business and the desire to create better life for myself and family.”

Cash & Carry Management is pleased to announce that Michael Catling (pictured) has joined our team of respected journalists as editorial assistant.

Michael, 21, recently graduated from Staffordshire University with a first class degree in sports journalism and brings to Cash & Carry Management an innovative and creative mindset, alongside a background in magazine writing and publishing.

Michael will work closely with managing editor Kirsti Sharratt and will be involved a number of exciting projects scheduled for later this year. 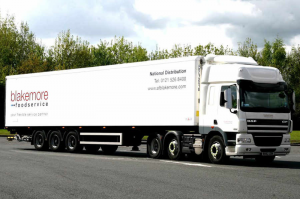 Bourne Leisure, whose holiday sites operate under the Butlins, Warner and Haven names, has appointed Blakemore Foodservice to handle the distribution of fresh, chilled, ambient and frozen foods.

The five-year contract, which takes effect from November and is valued at £150m, was previously with Brakes for more than 10 years. It will be administered from two of the wholesaler’s depots – in Wakefield, West Yorkshire, and Wednesbury, West Midlands.

The leisure company has 13 venues operating as Warners, three under the Butlins name (Skegness, Minehead and Bognor Regis) and 35 Haven caravan parks.

Its head of supply chain Dan Workman told Cash & Carry Management: “While Blakemore Foodservice will be servicing the whole Bourne estate over all temperature categories, non-food at the moment is outside the agreement. But this might fall into the operation at a further point.”

Blakemore Foodservice sales & marketing director Jim Dudley, said that the contract would be the wholesaler’s second biggest behind Marston’s. It also follows the awarding of a deal to service eight sites operating as OK Diners. Dudley added that winning the Bourne Leisure contract would result in substantial investment in new vehicles and additional staff.

In a separate development, Blakemore Foodservice has won a three-year contract to supply roadside restaurant chain OK Diners with fresh, ambient, chilled and frozen food, as well as drinks. The deal, valued at £3m and effective from this month, is being serviced by the wholesaler’s Wakefield depot.

OK Diners, which operates from eight sites in England and Wales and serves American 50s-style food, has its head office in Middlewich, Cheshire. 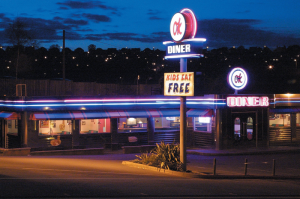 The foodservice specialist will be supporting the company to deliver ‘Universal Infant Free School Meals’ under a new government programme as well as providing advice on the new School Food Plan compliant ingredients and meal ideas charter agreed by the Department of Education.

HCL services 392 primary schools and 45 secondary schools and academies across Hertfordshire and beyond. Bidvest 3663 has been supplying ingredients to the education sector expert since 2009. Part of its brief is to work closely with HCL ‘to deliver innovative menu solutions and on-trend cuisine’ across a diverse customer base.

Lin O’Brien, HCL chief executive, said: “We awarded a further contract to Bidvest 3663 as we have been extremely impressed with its level of engagement and understanding of our business at a time of both opportunity and challenge within the education catering sector. It offers us so much more than a delivery service. We will also be working together to explore new service delivery solutions.”

Paul Brown, business development controller for the education sector at Bidvest 3663, commented: “Under our added value promise, we will continue to embed ourselves in the business, using our team of experts. We are working with HCL to help them assess the impact new changes will have on their primary school customers.

“We have a number of ground-breaking activities planned, such as food safaris around London to discover and sample the latest food trends.”