Caterforce has joined the Federation of Wholesale Distributors as a full member, reflecting the trade body’s increased focus on foodservice.

The buying group has eight members with combined turnover of more than £400 million and nearly 50,000 independent catering customers. The combine has a growing presence in the cost sector.

FWD chief executive James Bielby said: “Adding such a prestigious group to our membership helps us to demonstrate that we speak for all food and drink wholesalers in our work in Westminster. Foodservice is increasingly the focus of growth for wholesalers.”

Caterforce is the second new FWD member this year, after Country Range Group joined in January.

Caterforce’s managing director Nick Redford (pictured left), who will join the FWD council of members, said: “Changes in legislation are now upon us and the need for the sector to work together on industry solutions will become increasingly important. Caterforce is continuing to outpace its ambitious growth plans.”

Bestway Group has donated £100,000 to Action for Children (formerly NCH) – the main beneficiary of its Royal Ascot Charity Race. 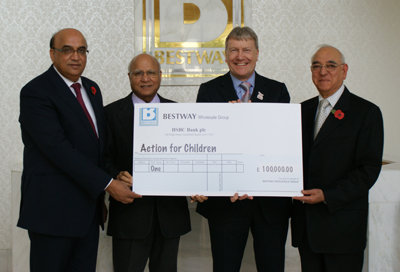 Chief executive Zameer Choudrey said: “The Asian community has traditionally placed family above all other aspects of life and the community is extremely fortunate to have these bonds, which sometimes we may take for granted.

“Many people, however, do not have these unions, often through no fault of their own. As a nation, we need to give children a sense of security and belonging. They are our future leaders.”

The Royal Ascot day, in its 21st year, has raised millions of pounds for such charities as the Prince’s Trust, Royal Marsden, Barnardo’s, Crimestoppers and Dyslexia Action.

Almost 3,000 small firms in and around Doncaster rely on the local Batleys cash & carry for their food and drink supplies, Rosie Winterton MP discovered on a visit to the depot last month arranged by the Federation of Wholesale Distributors.

The C&C, which includes a butchery and petfood section, is under the control of general manager Tony Hirst and a staff of 65, who serve independent stores, restaurants, cafes and other caterers.

Customers have the option of visiting the C&C themselves or having the goods delivered to their premises.

The local MP, who met Batleys staff and clientele, commented: “This depot is not only an important local employer, but it also plays a vital role in the local economy and the diversity of our high streets by supporting small independent shops and restaurants.”

She was accompanied by James Bielby, FWD chief executive, who said: “All over the country there are wholesalers like this who make sure there is an alternative to large supermarket and restaurant chains.

“Batleys does a great job working together with Doncaster’s entrepreneurs to ensure the town has a choice of excellent, locally-owned shops and places to eat.

“In Yorkshire alone, the sector employs 4,800 people and adds £200 million gross value to the economy every year.”

Children’s charity Aberlour has received a cash boost after members, suppliers and guests at the Scottish Wholesale Association’s (SWA) conference this summer raised £4,600. 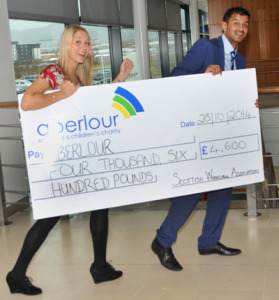 Aberlour is the largest, solely Scottish children’s charity. It provides help to over 6,000 of the country’s most vulnerable children, young people and their families each year. One of its ambassadors, Olympic rower Katherine Grainger CBE, was the motivational speaker at the SWA conference.

SWA president Asim Sarwar, who presented a cheque to Aberlour’s senior fundraising executive Sarah Nicholson, commented: “We are particularly impressed with the work of Aberlour and its commitment to caring for Scotland’s young people, and we are delighted to make this presentation to such an important and long-established children’s charity.”