Irish delivered wholesaler, foodservice operator and retailer Henderson Group increased its profit by 17.5% to a record £18.4m in 2013 on sales 3.6% up to £642.8m. However, group finance director Ron Whitten described profits from the wholesale division alone as ‘flat’.

The family-run, Mallusk-based concern owns the SPAR, EUROSPAR, VIVO and VIVOXTRA franchises in Northern Ireland and supplies more than 400 stores. 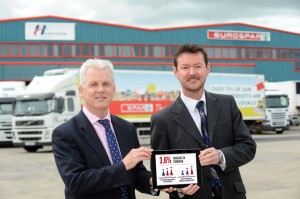 Over the year it continued to reinvest, with a capital outlay of £23.1m, developing the existing portfolio as well as acquiring the freehold of seven more stores. Henderson also bought an additional warehouse adjacent to its headquarters to support continued growth, particularly in fresh foods.

A further £13.4m is being spent this year on existing refurbishment and acquisitions.

Whitten said: “Last year we saw a record trading performance in a busy marketplace. We are committed to improving our value proposition to our wholesale and retail customers.”

The company has also developed its range of products and services and invested in warehouse management systems and fleet management.

Explaining the static performance by wholesaling, Whitten said: “This was a direct result of investment in retail price support for the benefit of our independent retail partners.”

Sales & marketing director Paddy Doody added: “We have recorded 11% growth in fresh food sales, showing that our investment in that area has paid off.”

In Plymouth it was given the contract for the Steve Bartlett Group, which includes a number of stand-alone bars and restaurants. BBF will be supplying drinks, ingredients and meat. Meanwhile, in Cardiff, it has clinched several restaurant and bar deals in Cardiff Bay plus nightspots in the Millennium Centre. 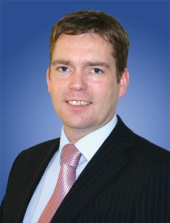 As well as additional private sector business, the wholesaler has been successful with local authority tenders, including NHS Maidstone, supplying two hospitals with chilled, catering and drink requirements following a three-month trial period. The contract, which will be serviced by the Batleys Gillingham depot, has a four-year tenure. Darlington and South Ayrshire Councils have also signed BBF to supply soft drinks to schools.

The wholesaler’s senior contracts manager Steve Irons said: “The great thing about these new wins is that the companies coming on board are varied, proving that we are committed to sitting down and talking to customers about their individual requirements, rather than offering a standard solution.”

BBF has also announced that its Price Hold Guarantee, which freezes prices for three months, has achieved a 30% gain in catering sales over the previous corresponding period, while Essentially Catering, the own-label catering range, is moving ahead by a similar percentage.

Booker Group has been fined £175,000, as well as having to pay court costs of £18,455, following the death last year of worker Annie Brennan at the C&C/wholesaler’s Avonmouth branch. She died after being trapped under a forklift truck in the cash & carry’s goods-in area.

In a case brought last month by Bristol City Council and heard at the local crown court, Booker admitted a breach of health & safety regulations.

It was stated that precautions were not in place at the time to protect pedestrians from moving vehicles; neither were there restrictions on people walking through the goods-in area while forklift trucks were in operation. It was also reported that staff were not required to wear high-visibility clothing.