Four Scottish breweries are lending their support to a craft beer export scheme initiated by Simon Hannah, managing director of Glasgow-based C&C/wholesaler JW Filshill. And more have expressed interest in coming on board. 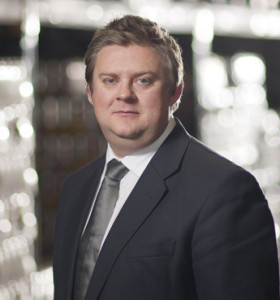 Simon Hannah is behind a new craft beer initiative.

The new JW Filshill International, with Hannah as chief executive, operates as the Craft Beer Clan of Scotland and is initially targeting the Asian market. The four breweries that have helped launch the initiative are: William Bros Brewing, of Alloa, Eden Brewery, of St Andrews, Perth-based Inveralmond Brewery and the Deeside Brewery, Banchory.

Successful trade missions have already been conducted in Asia, and trade events have been attended in Beijing, Shanghai, Taipei and Seoul, as a result of which initial shipments are going to Korea and Taiwan.

Japan is one of the Asian target markets, while outside of that continent the team are eyeing North America, Canada, Scandinavia, Italy and Australia.

Johannesburg-based Bidvest Group has appointed Barclays and Investec as advisers for a possible listing of its food businesses on the London Stock Exchange.

The announcement about a possible UK listing was made by the group’s chief financial officer David Cleasby in a video broadcast accompanying the recent presentation of Bidvest’s annual results.

BREAD FOR BAKING FROM BRAKES

Caterers can create an appealing range of breads with the launch of sourdough blocks from Brakes. Users can shape the dough – whether as rolls, loaves or baguettes – and then flavour and decorate as they wish.

Category manager for bread Sarah Wilkinson said that this enables caterers to offer a premium bread that it is not just special for their establishment, but also one that can be created quickly and easily.

The 100% sourdough range comes in plain and rye flavours.