The Co-op group has confirmed it will sell its 774-strong pharmacy chain for £620m to Bestway Group, reports BBC News.

The deal, which affects more than 6,500 employees, is expected to be completed in October this year. The pharmacies had a turnover last year of £760m. 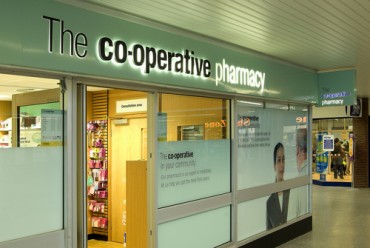 The C&C/wholesale concern is believed to have fought off competition from other bidders, notably Alliance Boots and Lloyds Pharmacy.

Richard Pennycook, interim group chief executive of the Co-operative group, said: “Bestway is acquiring an excellent pharmacy business characterised by the quality and professionalism of colleagues and high levels of customer service.

“Bestway, in return, is an ideal owner, being a strong family-run group with a proven track-record of putting the needs of customers first.”

With this acquisition, Bestway will have an annual turnover of approximately £3.4 billion and a global workforce of more than 32,600 people, with over 11,900 people in the UK.

The Family Shopper retail fascia, introduced by Booker at the start of last year and currently used by 10 stores, could embrace between 300 and 400 in the coming years, said chief executive Charles Wilson. 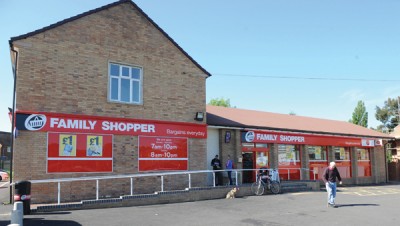 Wilson said that C&C customer numbers increased and sales were in line with expectations. It was also a good quarter for delivered wholesale.

ITALIAN AND UK DEALS FOR BIDVEST

Bidvest Group has acquired a 60% shareholding in Gruppo DAC, an Italian chilled foods distributor to the foodservice sector, with annual sales exceeding 220m euros and a payroll of more than 700.

The company has also taken a ‘significant controlling stake’ in PCL, a family-run UK business which distributes dairy and salad items nationwide.

The two deals have cost the Johannesburg-based group around £95m.

PCL, based in Hatfield, Herts, will operate as part of Bidvest Logistics in the UK. The company has annual turnover of around £80m, a fleet of more than 300 vehicles and employs about 900 people.