That deal – KWG’s fourth in three years – was financed through NVM Private Equity and Barclays.

The group, which also includes Turners & Wrights, of Bolton, FW Bishop & Son, of Bradford, M&M Value, of North Shields, Telford-based Westones Wholesale and Automatic Retailing, of Cramlington, Northumberland, increased annual pre-tax profit from £5.2 million to £5.5 million on sales up from £193 million to £197 million.

Finance director David Brind said that, with a full-year contribution from Eden Farm, sales would increase to almost £250 million.

KWG, with a staff of more than 400 and headed by chief executive Paul Young (his son Mike is in charge of supplier relationships), has more than doubled its turnover in five years.

Although Eden Farm is headquartered in the north-east, it also has a depot in Bradford and one in Cambridge, which will enable Kitwave to expand in the south.

Commenting on the group’s rapid progress, Brind said: “It’s been a really positive year for us. The new product range of Eden Farm will allow us to develop a deeper relationship with our customers, while maintaining our high levels of customer service.

“The independent retail sector demands product range, value and availability. The Kitwave solution continually delivers in all of these areas.”

While Kitwave’s wholesale businesses retains close ties with Sugro UK, the combine runs its own promotions every three weeks under the Mystore name.

The group – which is increasing its penetration through online business – is also one of just 18 companies designated as ‘Elite’ by the Stock Exchange – those considered to be among the fastest-growing in the country.

Steve Parfett (pictured), chairman of Parfetts Cash & Carry, has received the family business director of the year award from the Institute of Directors. 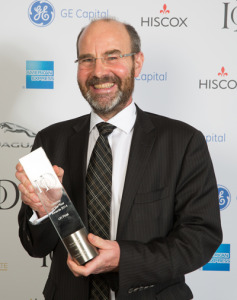 The IoD awards, open to both members and non-members, are presented to directors at the forefront of leadership excellence across British businesses.

Parfett was invited to enter the national event after receiving the IoD north west award in autumn 2013.

The winners were announced at a function in London last month attended by around 400 directors and presided over by former MP Michael Portillo.

The cash & carry operator has six sites, 541 employees and turnover of £309 million.

Parfett is a director of the the company’s Employee Ownership Association and sits on the council of the Federation of Wholesale Distributors.

Today’s Group marked the retirement from the board of two long-standing directors – co-founder of Nisa-Today’s, Dudley Ramsden (pictured centre, left), and Sucha Singh (pictured centre, right), managing director of Reading-based Thames Cash & Carry – with a gift presentation at the group’s suppliers’ and members’ forum in Birmingham. They each received a fine crystal decanter.

Filling their places on the board are Dudley’s son Nick Ramsden, managing director of family business DB Ramsden Cash & Carry in Grimsby, and Fukhera Khalid, head of Elbrook Cash & Carry, of Mitcham, Surrey. 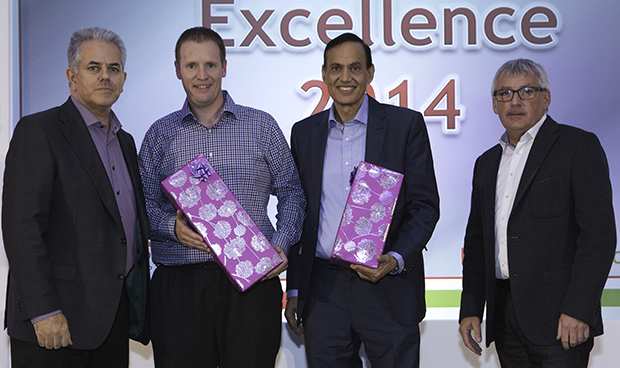