There might still be two months to go until Bestway Group’s £620m takeover of the Co-op pharmacy business becomes official, but the new owner will already have considered which of the 770-plus branches will be retained and which might close, writes Mervyn Gilbert.

For its part, the troubled Co-op has issued a notice to pharmacy managers and staff informing them of developments, alluding to a change of logo.

Whether this means the Co-op name will be retained, either largely in the present format, alongside Bestway’s imagery or dispensed with entirely (no pun intended) is uncertain at this stage. 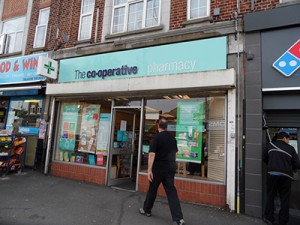 The Bestway management has so far declined to point speculators in the right direction – possibly because it is still early days and there remains a degree of uncertainty.

But with no expertise in the retail pharmacy sector, the C&C/wholesaler will be relying on the experience of the present management – at least in the medium term. After that, it remains to be seen how many of the 6.500 employees will be retained.

What will have been seriously considered by Bestway is whether there is any mileage in converting the less successful pharmacies into Best-one grocery outlets, either as company-owned stores or franchised in batches to entrepreneurs or individual businessmen.

One of the most successful aspects of the Bestway business, the Best-one chain has amassed over 1,100 branches under the leadership of director of symbol James Hall, while sales have grown by around 40% since the start of the year. In addition, the Xtra Local promotional club has nearly 3,000 members, with sales up by about 30%.

Despite speculation regarding possible conversion of many of the Co-op pharmacies, there has been no hint from Bestway that this could happen.

A similar conversion will be completed shortly at the other purchased premises – a 30,000 sq ft foodservice depot and C&C in Penrith, Cumbria.

The change of ownership came about because of the impending retirement of Lowries’ managing director Peter Lowrie.

Launch day resulted in a sales increase of 260% compared with an average trading day. General manager Gavin Brown said: “I lost count of the number of positive comments from customers and suppliers.”

Rizwan Pervez has replaced David Gilroy as operations director for Bestway Group, with responsibility for retail and foodservice operational matters across the 63 Batleys and Bestway branches.

He also has control of the company’s symbol and retail clubs – Best-one and Xtra Local (with James Hall remaining director of symbol) – as well as the Bestway Direct delivered business. 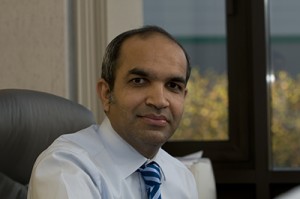 Younus Sheikh, managing director of Bestway Wholesale, said: “Rizwan, having worked across many departments within the group – most recently as marketing director – brings a wealth of experience to the role and has a total understanding of where we currently are as a business and where we are striving to get to in the future.

“We have recently restructured our operations to provide a greater regional focus to customers and improve efficiencies.”

Pervez, son of chairman and founder Sir Anwar Pervez OBE, commented: “Operations is an area where you can see tangible results in a very short time. It is a role that will bring me into greater contact with depot managers and customers.”

Gilroy, who is joining the W2 food, beverage and FMCG agency in London, was with the group for nine years, having once headed the catering side. He is a former operations director of Nurdin & Peacock.