Today’s Group has embarked on an ambitious expansion programme which could see 10% growth in the number of retail club members (currently 2,923) and symbol stores (494) over the coming year. 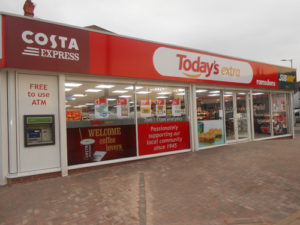 Marketing controller Anita Oakhill told Cash & Carry Management: “Our aim is to grow the Today’s symbol and retail club estate nationally by around 300 during the next 12 months.

“We operate nationwide, including the Scottish Highlands and Islands and Ireland.”

The symbol store chain has 50% of its members located in Scotland and 25% in Ireland. England also accounts for 25%, with 72% of the stores in the north, 20% in Greater London and 8% on the Isle of Man.

The wide range of fascias includes the Today’s name followed by such suffixes as Extra, Local, Express and Drinks, plus Day-Today and Day-Today Express in Scotland.

Explaining the difference between Today’s symbol retailers and club members, Oakhill said: “Symbols will be offered a higher level of support in terms of space planning, range and merchandising guidance from business development managers, as well as being provided with the fascia, window graphics and internal signs. They are also provided with exclusive promotional activity on a three-weekly basis.