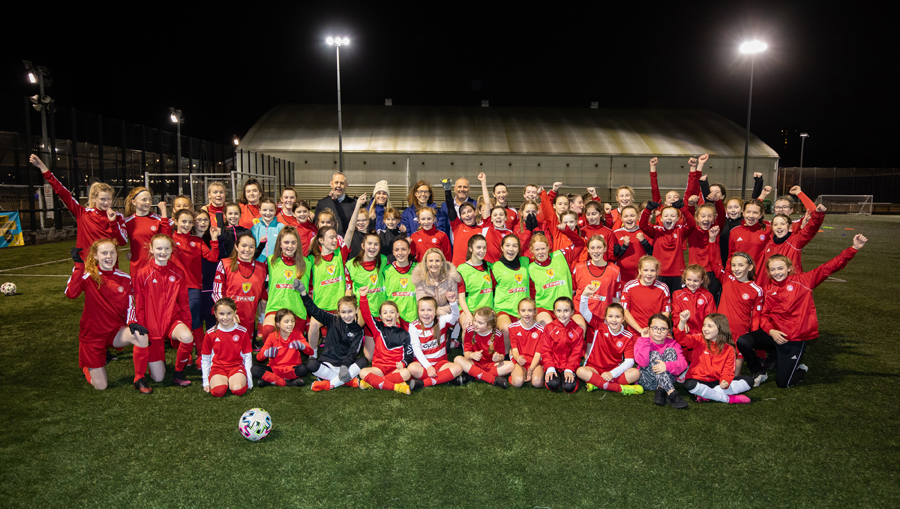 SPAR Scotland is continuing to support women’s and girls’ football in Scotland through its partnership with the Scottish FA for the next two years.

The partnership began in 2019 with the launch of the SPAR Future Stars Cup which saw 105 schools across Scotland compete in the tournament.

The competition is designed to encourage girls between the ages of 12-16 to participate in the sport and build on the positive momentum in women’s football generated by the increasing profile of the Scotland Women’s National Team.

The second year of the SPAR Future Stars Cup will begin at the start of 2022, with more than 100 schools anticipated to register.

Colin McLean, CEO of SPAR Scotland, said: “Our continued partnership with the Scottish FA and our sponsorship of the Scotland Women’s National Team allows us to encourage more girls to play football.

“The tournament gained momentum prior to the pandemic and we were experiencing a lot of promising engagement. It was frustrating to see it come to an abrupt halt but to have the tournament return will hopefully give all of the participants a great lift, and we are looking forward to seeing the 2021/22 Future Stars Tournament begin early next year.”

Fiona McIntyre, Scottish FA head of girls’ and women’s football, added: “As part of the Scottish FA’s Girls’ and Women’s Strategy which was launched earlier this year, we want to increase participation in Scotland and inspire the next generation.

“The Future Stars Tournament allows us to help facilitate these goals by providing a platform for young girls to compete in a safe, competitive and enjoyable environment.

“We are extremely grateful to SPAR for their support following the disappointment of last year’s competition being cancelled due to the pandemic.

“We are now looking forward to seeing the competition become a springboard for the girls’ and women’s game in not only increasing participation but also improving their awareness of women’s football in the country. Our national team are aiming to return to their second consecutive World Cup and we hope they can act as inspiration for everyone who takes part in the competition.”

SPAR Scotland has extended its partnership with the Scottish Football Association (SFA) and is sponsoring the Scottish Women’s National Team (SWNT) until 2023.