Many small retailers in Scotland have felt better able to compete with the supermarkets following the implementation of minimum unit pricing (MUP) of alcohol because MUP had the effect of increasing previously low prices in the supermarkets. 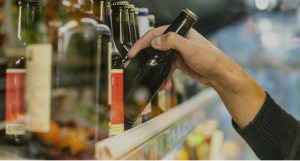 According to the study commissioned by Public Health Scotland and conducted by the University of Stirling, some small retailers felt there had been little change to their overall alcohol sales, some perceived a negative impact – particularly on sales of lower price cider, and others said that sales had improved in some categories such as beer and lager multipacks and spirits.

Where drinks had their price increased to meet MUP obligations, the retailers felt that increased margins often made up for reduced sales. The retailers reported that they had reduced or stopped stocking some products that had seen particularly large increases in price under MUP, for example, larger bottles of ciders.

The researchers also noted that some manufacturers introduced lower strength and smaller-sized alternatives for products which had previously been sold below MUP.

Introduced on 1 May 2018, MUP mandates that drinks containing alcohol must have a minimum sales price of 50p per unit of alcohol.

The study conducted by the University of Stirling used electronic point-of-sale (EPoS) data to monitor trends in product availability, characteristics and pricing for 2,000 products as sold by 200 small retailers across Scotland, and included in-depth interviews and observations in 20 stores before and after the policy came in. The researchers also examined several key alcohol brands in detail, including Buckfast, Frosty Jack’s, Glen’s Vodka, Tennent’s lager and Strongbow Original.

Martine Stead, lead author of the report, said: “For the small retailers themselves, implementation of MUP was reported to be generally straightforward, with little or no adverse effect on small businesses.”