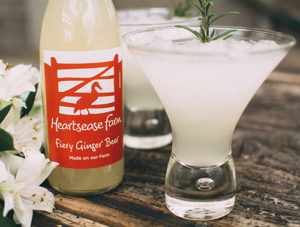 Judges said that the product was “well-balanced with fresh tangy notes from the lemon and gentle warmth from the ginger, with a lingering finish and tingle on the tongue. Not overly sweet, giving this drink a truly refreshing quality”.

Judged by more than 500 of the most demanding palates of food critics, chefs, cooks, restaurateurs and producers, as well as a whole host of food writers and journalists, Great Taste is widely acknowledged as the most respected food accreditation scheme for artisan and speciality food producers. All products are blind tasted.

Chris Sanders, Radnor Hills’ sales director, comments: We are delighted to have won another Great Taste Award for our premium sparkling pressé range Heartsease Farm. The logo is so widely recognised and gives the products a real boost and certainly opens up doors with new retailers.”