The concept of the campaign is based around ‘Putting on the Ritz’ – the idea being that Ritz Crisp & Thin transforms every day snacking moments, adding a bit of ‘ritziness’.

Aimed at a 24 to 45-year-old demographic, the campaign is spearheaded by a TV advert featuring a remake of the soundtrack ‘Puttin’ on the Ritz’, which was recorded by Grammy award-winning Gregory Porter. The American jazz musician will be releasing a single of his remake of ‘Puttin on the Ritz’, which will be available to download from iTunes.

The TV commercial, which launched on 3 July, will be supported by a £10 million marketing campaign over the next seven months, comprising out of home, digital, sampling, in-store activity and PR.

Launching on 20th July, the two 20-second commercials will reinforce the sweet and sour nature of the candy characters. The adverts will also be shown in cinemas nationwide from early July and will be supported by VoD and digital activity.

Entitled #LeBigSwim, the campaign features a four-part video series in which Cantona announces that if 10,000 Britons agree with him that Kronenbourg 1664 is the greatest tasting beer, he will salute their good taste by swimming the English Channel from France to Britain.

Ifeoma Dozie, beer brand director at Heineken, said: “We have been delighted with the brand momentum generated by ‘A Taste Suprême’ and our association with Eric. It resonates with consumers and we are taking it to the next level with rich, digital content, supported through PR and VoD, that will reach consumers at the right time for them.”

Limited-edition packaging will also be available across the off-trade to highlight the premium beer brand’s heritage and authenticity.

Supermalt, the UK’s number one non-alcoholic malt drink (Nielsen), will be available in limited-edition carnival packaging throughout July and August. 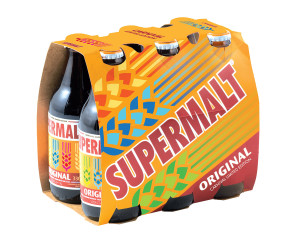 As part of Supermalt’s ‘Got It’ campaign, the 330ml bottles and outer packaging now features carnival-themed colours to reinforce the brand’s association with different festivals this summer.

“Supermalt is increasingly popular amongst urban consumers and loved by Afro-Caribbean’s,” says Christian Barden, managing director for Royal Unibrew’s UK division. “We’ve had great success with our affiliation with cricket, fashion, music and art recently and now we will take the brand back to its carnival roots to get closer to our growing consumer base.”

Supermalt will be present in Carnival events across the UK this summer, culminating in Notting Hill Carnival in August. Horniman’s Pleasance Park – the event’s ‘launch pad’ – will host a dedicated Supermalt bar and chill-out zone, while the iconic Mastermind Roadshow Sound Stage will also have brand sponsorship.

The range, which debuted in the deli department of Costco in May, comprises Beef and Onion Pasty, Cheddar & Smoked Bacon Wrap and Pork & Apple Sausage Rolls. 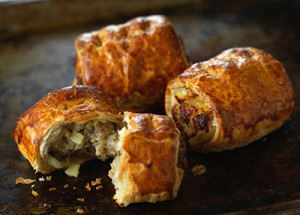 Available in packs of six, with an rsp of £4.99, all three products are perfect for picnics and snacks at home or on the move.

It also fulfils the needs of retailers and foodservice operators seeking strong margins and looking to increase their hot food-to-go range.