To celebrate Robinsons 80-year partnership with Wimbledon, Britvic Soft Drinks has invested in a multi-million-pound through-the-line campaign this summer.

Entitled ‘80 Years at Wimbledon’, the multi-channel campaign is spearheaded by a new Robinsons TV advert and is supplemented by limited-edition packs, as well as PR, digital and social media activity. 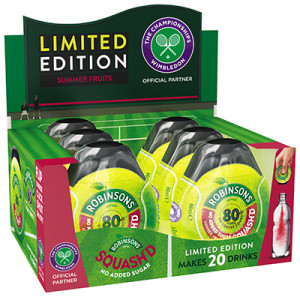 Outdoor and print advertising, featuring Robinsons Squash’D, has also been introduced to coincide with day one of the Championships.

This follows the launch of ‘The Great Robinsons Ball Hunt’, which encourages consumers to interact with the brand via Twitter to discover giant tennis balls which have been hidden across the nation. Prizes range from VIP days at Wimbledon to jumbo tennis kits.

In keeping with the theme, in-store activation includes new limited-edition Squash’D labels transforming packs into tennis balls and a selection of both in-aisle and stand-alone PoS, including pre-filled shippers.

Coca-Cola Enterprises (CCE) has announced the return of Relentless Ultra Presents Soundchain for a second successive year to help drive awareness of its Relentless sugar-free portfolio.

The six 30-minute live music shows will air on MTV from Friday 3 July and will be presented for the first time by BBC Radio 1 DJ Nick Grimshaw.

The continued partnership with MTV reinforces Relentless’s alignment with the music industry, with the brand set to sponsor the Reading and Leeds festivals, as well as the Boardmasters festival, later this summer.

Retailers will receive in-store PoS to help publicise the six-week programme and connect with the brand’s 18 to 30 target demographic.

The campaign features outdoor billboards running through to September, alongside trade press, social media and PR activity. The 48 and 96-sheet billboards, together with roadside six sheets, will also be appearing on 630 outdoor sites – Thatchers’ largest coverage to date.

This corresponds with the announcement that a new TV commercial will be aired with both 60-second and 30-second time slots in early August. The brand will also benefit from several cinema slots, which will run until mid-September.

Ranked as the UK’s number two draught cider, Thatchers Gold is growing at more than 33% in value, according to IRI figures in May. 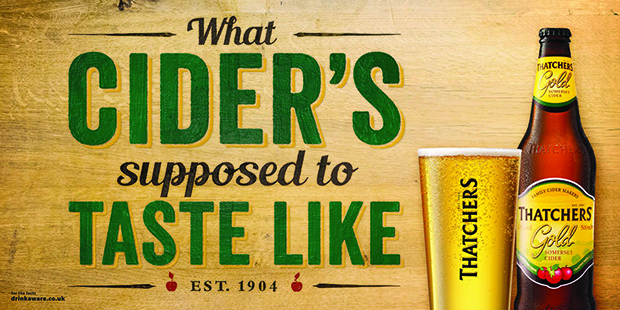 SHS Drinks has invested in a new digital campaign to encourage consumers to engage with WKD and share humorous content via social media this summer.

The 12-week campaign, which features the tagline ‘The Summer of Bruv’, invites consumers to interact with WKD, primarily by sharing summer-themed images and stories online via Instagram and Twitter. 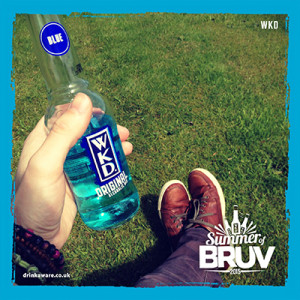 At the end of each month, participants will have the opportunity to win a bundle of WKD travel essentials, including a unique WKD Summer of Bruv suitcase. Two entrants will each win a trip to Ibiza with their friends for the closing party weekend in September.

Debs Carter, marketing director – alcohol at SHS Drinks, says: “Social media is a really key part of our consumers’ lives – WKD has almost 286,000 Facebook followers. Consumers love interacting with WKD, and the Summer of Bruv campaign is all set to generate some great consumer engagement opportunities.”