Mondelez International has announced the launch of two TV campaigns for its Trebor and Cadbury Dairy Milk brands.

Trebor, the number one mint brand (Nielsen), is encouraging consumers to stand up for their favourite Trebor mint with a new £1 million above-the-line campaign.

Supported by radio and PR activity, a 30-second TV commercial will run on satellite and digital channels until the end of June, highlighting people’s affinity and loyalty to Trebor’s Extra Strong Mints or Softmints.

Elena Mallo, senior brand manager for Trebor, commented: “We’re really pleased to be back on TV, supporting this fantastic brand with such a bold campaign. It will encourage shoppers to pick up a pack of Trebor by highlighting its great taste and heritage.”

The creative, which airs until the end of May, is supplemented by outdoor, digital, experiential and PR activity, as part of a £4.5 million media investment for the brand in 2015. 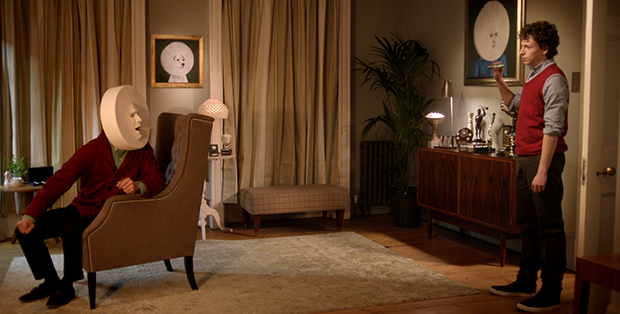 To capitalise on summer sales of sauces increasing by 16% over the last two years (Kantar), Heinz has unveiled a £4.2 million campaign to promote its range of sauces during the BBQ season.

Returning for a second year on 27 April, the Heinz BBQ Heroes campaign will run throughout the summer and include TV adverts for the first time, as well as an increased social media presence. 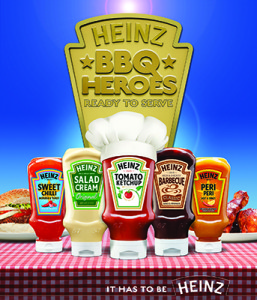 Two TV commercials will spearhead the launch, providing tips on how to use Heinz sauces as a marinade and promoting two products within its chilli sauces range – Peri Peri and Sweet Chilli – to help make BBQs brilliant.

Chris Isaac, brand manager at Heinz, said: “The BBQ season is all about the freedom to make personalised choices to liven up dishes. Through strong in-store support, we are encouraging shoppers to purchase across different sauce sectors to grow the category during the key season.”

The media investment follows the news that Heinz will be introducing a 50% less sugar product at the start of next month,  replacing its existing Reduced Sugar & Salt variant.

Isaac added: “Healthy beans is a significant sub-portfolio of the beans and accompaniments category (7% volume share). As a category leader, Heinz wanted to respond to the growing consumer concerns regarding healthier options by bettering its current Reduced Sugar and Salt offer.”

The launch will be backed by a fully integrated communications campaign in August, covering broadcast media, in store marketing support and price promotions.

Trek, the all-natural wholefood energy bar and flapjack range from Natural Balance Foods, is targeting men’s health and fitness magazine titles as part of a substantial sales-growth campaign this summer.

The activity, which kicks off in May, comprises press advertising and more than 130,000 cover-mounted Trek bars across key titles, including Cyclist, Men’s Health and Men’s Fitness. Digital support will also feature on Rugby World, Golf Monthly, World Soccer and Cycling Weekly websites, including a 15% off promotion, while social media activity and price promotions will underpin all consumer activity in-store.

Mintel research shows that 40% of consumers are switching to healthier snack alternatives and one in four consumers look for nutritional benefits when choosing a snack.

The brand campaign corresponds with a wider advertising, marketing and promotional push across the Natural Balance Foods portfolio in 2015.

Unisnacks, an oriental packaged food distributor, has announced the release of Tai Hua sauces into the UK market for the first time.

The premium range, which features an extensive selection of soy sauces, marinades, condiments and oils, is currently exported to over 40 countries worldwide, with its soy sauces and cook-in sauces already gaining traction in the UK since being launched at IFE last month.

Adrian Atwood, Unisnacks director of EMEA sales, highlights Light and Dark Soy Sauce (640ml, rsp £2.25) and Sesame Oil (305ml, rsp £3.50) as two of its top-selling lines, and recommends that wholesalers tap into the brand’s full product offering, which caters for both retail and catering requirements. 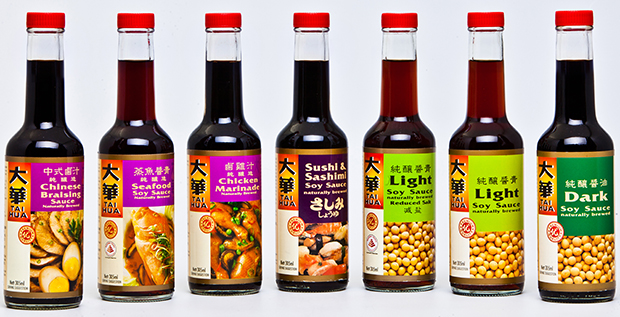