The new addition, which has an rsp of 69p, joins Kinder Bueno Classic, which is currently displaying a new on-pack promotion.

Elsewhere, Nutella has unveiled its first bespoke £1.4 million integrated Pancake Day campaign, kicking off at the start of February and running until Pancake Day.

Last year, Nutella achieved a 33% sales uplift in the lead up to Pancake Day and attracted 343,000 new shoppers to the brand (Nielsen).

Levi Boorer, customer development director at Ferrero, says: “The number of shoppers who buy Nutella almost triples (up 189%) in the four weeks prior to Pancake Day (loyalty card data), so we would recommend that retailers capitalise on this year’s campaign by creating hotspots in-store using tailored PoS solutions.” 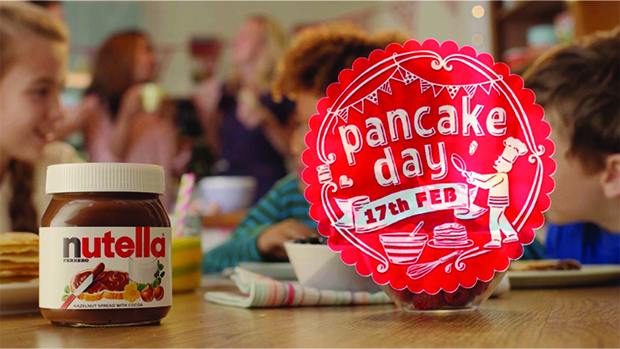 The advert, which runs until the end of April, is part of the brand’s £15 million marketing investment to promote the benefits of oral healthcare.

This follows an announcement that the company has strengthened its Extra portfolio by incorporating two soft-chew flavours – Strawberry and Bubblegum.

The two 14-piece packs displays a new look for the brand, which also features across new Extra-branded packs of Orbit Peppermint and Spearmint flavours.

BIGGER IS BETTER FOR MARS CHOCOLATE

Mars Chocolate has launched a new limited-edition Mars Xtra Choc variant and is encouraging consumers to ‘Bring it on this winter’.

A smaller, 24-count outer is also available for impulse retailers, alongside an exclusive snack-size four-pack with a £1 price-mark.

Bep Dhaliwal, trade communications manager at Mars Chocolate UK, comments: “We expect Mars Xtra Choc to be our most successful Mars limited edition to date, as it builds on the success of Triple Choc in 2011 and consumer research has shown a higher purchase intent for Mars Xtra choc vs Mars Triple choc.

“We recommend that retailers stock up early on the limited-edition Mars Xtra Choc bars – when they’re gone, they’re gone.”

Unilever is releasing a selection of limited-edition packs across its PG tips and Persil brands this month, to help raise £1 million in aid of Red Nose Day.

Unilever has announced it will donate 8p from every promotional pack produced before March 2015. The activity will be supported by two above-the-line campaigns for each brand, including digital and TV advertising, set to break in February. 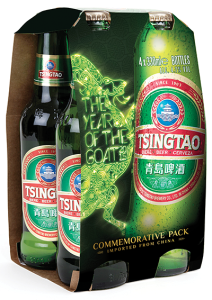 Tsingtao has also produced a range of PoS material, including pallet wraps and free-standing display units, to help wholesalers promote the event in-store.