Mars Chocolate UK has announced the relaunch of its ‘Sweet Sundays’ promotion for a fourth consecutive year. 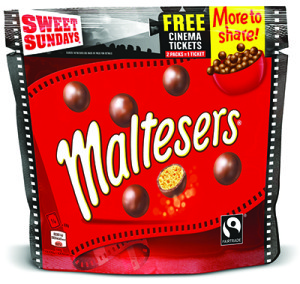 Mars is supporting the campaign this year with a £1.1 million media spend, including TV advertising and a range of PoS units. In 2014, the ‘Sweet Sundays’ campaign contributed to a 20% uplift in value sales across the entire bitesize category (Nielsen).

Heineken will open the Rugby World Cup 2015 with a multi-platform campaign that brings fans across the world closer to the action.

As a worldwide partner of Rugby World Cup 2015, Heineken is searching for 48 fans to win a once-in-a-lifetime opportunity to open a match by attending the official coin toss prior to kick off.

Supporting the promotion, Heineken will also invite fans to take part in the ultimate second-screen experience – the Heineken Rugby Studio. Hosted by former England captain Will Carling, the digital preview/review show will take place across social media and will encourage supporters across the globe to interact with special guests and the ‘Heineken Rugby Legends’ via the hashtag: ItsYourCall. 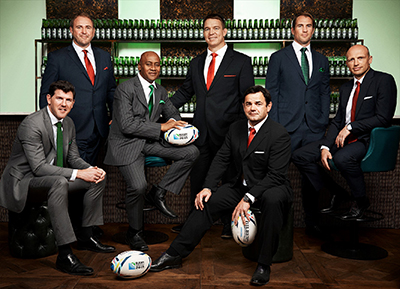 Heineken’s sponsorship of the World Cup is supported by a global media campaign, commencing in August and stretching across out-of-home, print, digital and television activity.

Lomu and Smit will be appearing in a television commercial themed around the official coin toss.

The Hydra-Blast Face Skin Perfecting and Gel Washes and Scrub have a new positioning, name and look to reinvigorate consumer demand in the skincare category.

Packaging on all Clearasil Daily Clear Hydra-Blast products has also been redesigned to reinforce the hydration benefits and enhance shelf identification.

The 30-second commercial, which premiered on 8 July, represents the first TV advertisement for the recently relaunched McVitie’s Breakfast range and features the ‘Sweeet’ family eating the Breakfast Oaty Breaks bar.

The campaign will run across high-profile programming for the next four weeks, kick-starting UB’s £3 million media investment to launch the next generation of breakfast biscuits.

In-store promotions and PR activity will support the TV advert, with new packaging also featuring on McVitie’s Breakfast range to help differentiate the brand from the rest of the market.

Kerry Owens, head of healthier at UB, commented: “The launch of McVitie’s Breakfast advertising campaign marks another momentous occasion for us, as we further expand our range of healthier breakfast biscuits – adding two new products to the offering.

“With 55% of us eating breakfast on the fly (Nielsen), it’s no surprise that the healthier biscuits category is worth £467 million, and breakfast biscuits have been driving the growth in this category.”

The Breakfast Oaty Breaks retail at around £2.29 and come in two flavours: Golden Syrup and Raisin & Cinnamon. The new addition was released alongside Breakfast Fruit & Oat Bakes Apple and Blueberry variants (£1.99) in May.