Available in a single-wrapped handheld format, Galaxy Vanilla has an entry level price point of 75p (rsp) and joins existing single Caramel and Almond variants – both of which retail at around £1.60.

This follows the introduction of Mars Ice Cream’s largest ever on-pack promotion. Backed by an outdoor marketing campaign, the ‘1 in 6 instant win’ promotion mirrors the same promotional strategy employed by Mars Chocolate and rewards one in six purchasers with a free ice cream bar from the Mars portfolio.

Running until the end of October, the offer features across single packs of Mars, Snickers, Bounty and Maltesers, as well as Mars and Snickers six-packs. 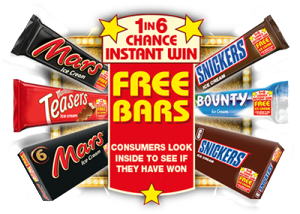 SHS Drinks has extended its PMP range of WKD multipacks by displaying a £2.99 price on WKD Red. 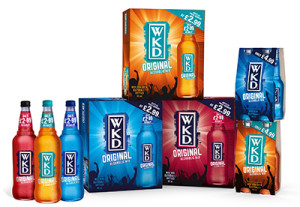 Debs Carter, marketing director – alcohol at SHS Drinks, says: “PMPs are having a big impact within the RTD category, where they now account for £11.8 million of the £61 million-worth of RTD sales through impulse stores – almost double compared with a year ago (Nielsen). WKD has been at the forefront of the RTD PMP revolution.”

COCA-COLA TO UNIFY BRANDS UNDER ONE NAME

Coca-Cola Great Britain (CCGB) has announced the unification of Coca-Cola’s product portfolio – including Coca-Cola, Diet Coke, Coca-Cola Zero and Coca-Cola Life – under a new “one brand” strategy to promote the full choice of flavours and formats.

Launching in May, the four variants will all be marketed under the Coca-Cola brand, with television advertising and new packaging redesigns set to promote the distinct characteristics of each Coca-Cola product.

This coincides with the company’s announcement that it will be doubling its media investment in low/zero sugar and calorie Coca-Cola variants for 2015.

Jon Woods, general manager of CCGB, said: “By focusing on building one brand and extending the appeal of the original Coca-Cola across our lower and no-sugar variants, we believe we can drive sustainable growth for our business in Great Britain in the years ahead.”

Meanwhile, Coca-Cola has marked the centenary anniversary of its Contour Bottle by unveiling a new global market campaign. 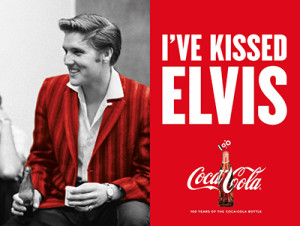 The “I’ve Kissed…’ promotion, which is backed by a television advertising campaign this month, shows legendary icons Elvis Presley, Marilyn Monroe and Ray Charles being ‘kissed’ by the Coca-Cola bottle.

Out-of-home advertising will also run from the 30 March, for two weeks, and will feature on Oxford Circus tube station’s ‘Wonderwall’ – creating an eye-catching display over the entire length of the underground platform.

The above-the-line campaign, which displays the strapline ‘Lindeman’s sponsors the bright side of life on Food Network’, comprises one 15-second and one five-second advert, during and after primetime cooking shows.

As part of the sponsorship package, the Food Network website will also promote Lindeman’s via digital advertising and sponsored recipes.

Mathew Bird, marketing director EMEA at TWE, commented: “Consumers continue to eat at home more frequently instead of dining out, and often treat themselves to a bottle of wine to enjoy with their meal.

“With this campaign, we will tap into this intrinsic link between food and wine to engage Food Network’s audience of almost four million foodies with the brand, as well as the wider wine category.”