The plastic carrier bag charge will be extended to all retailers from April 2021 and increased from 5p to 10p. 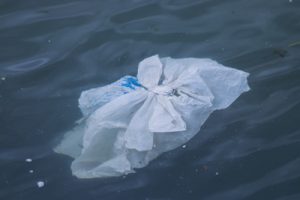 The latest statistics from the Government show that the current levy, which applies to any retailer employing 250 or more people, has led to a cut in plastic bag sales in major supermarkets since 2015.

Environment secretary George Eustice said: “We have all seen the devastating impact plastic bags have on the oceans and on precious marine wildlife, which is why we are taking bold and ambitious action to tackle this issue head on.

The UK is already a world-leader in this global effort, and our carrier bag charge has been hugely successful in taking billions of harmful plastic bags out of circulation. But we want to go further by extending this to all retailers.”

As a result of the carrier bag charge, the average person in England now buys just four bags a year from the main supermarkets, compared with 140 in 2014. By extending the charge to all retailers, ministers want to see bag usage cut significantly in small shops as well, with customers incentivised to use long-life bags made from more sustainable and environmentally-friendly materials.

Dr Laura Foster, head of clean seas at the Marine Conservation Society, said: “It’s encouraging to see the Government take further steps in reducing our reliance on single-use plastic bags. Since the introduction of the 5p carrier bag charge we’ve seen a more than 60% drop in the number of plastic bags on the UK’s beaches.

“It’s so important we reduce our reliance on single-use items and we move to a culture of reuse. This increased charge, and extending to all retailers, will help remind people of everyday, simple changes they can make to help the marine environment.”

Other government actions on plastics include a ban on microbeads, consulting on introducing a deposit return scheme to drive up the recycling of single-use drinks containers, and a ban on the supply of plastic straws, stirrers and cotton buds, which will come into force in October.

Subject to consultation, the Government will also introduce a new tax on plastic packaging that does not meet a minimum threshold of at least 30% recycled content from April 2022.