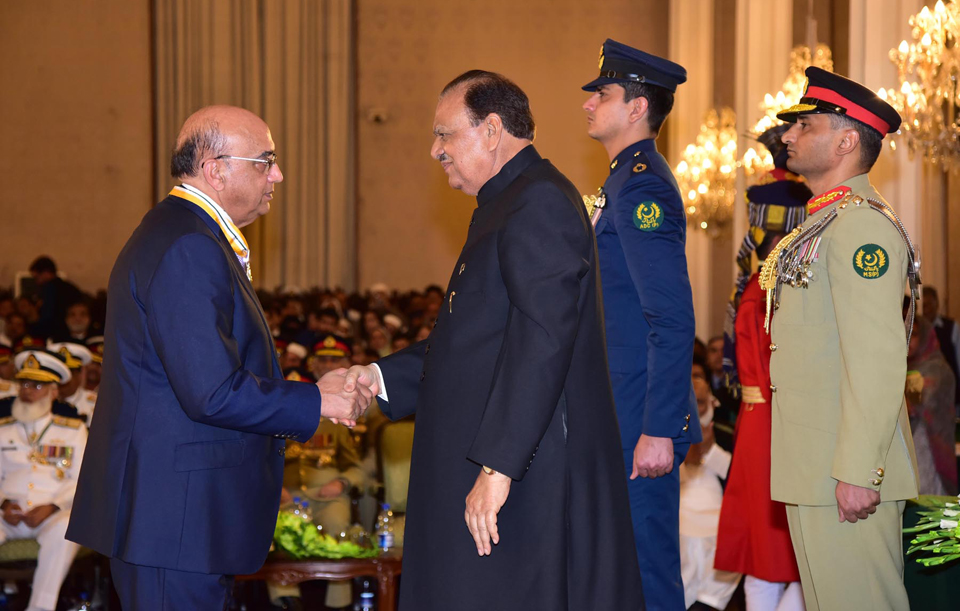 Bestway Group chief executive Zameer Choudrey CBE (pictured above left) was presented with the Sitara-e-Imtiaz (Star of Excellence), by the President of Pakistan, Mamnoon Hussain.

The award was in recognition of his contribution to advancing the country through his services and philanthropic work.

The ceremony was held last month at the Presidency on Pakistan Day.

The philanthropic arm of the C&C/wholesaler, Bestway Foundation, was established in 1987 in the UK and 10 years later in Pakistan.