Peter Jackson (pictured), formerly CEO of Sysco Ireland, has been appointed as CEO of Sysco GB, which encompasses Brakes and Sysco Speciality Group. 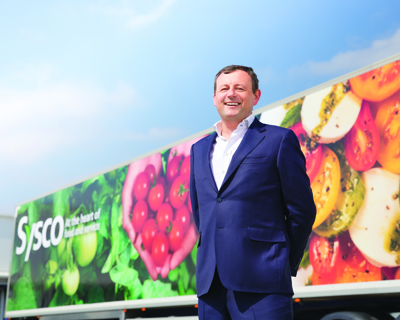 Brakes’ current CEO Hugo Mahoney is leaving the wholesaler to become group chief executive designate of British food manufacturer Samworth Brothers. He is likely to join the firm in April.

Sysco Speciality Group’s current CEO Raj Tugnait will also be leaving to take up a role outside of Sysco.

A spokesperson for Sysco GB said: “We will be announcing specific reporting lines in the coming weeks, but for now it’s business as usual for both businesses.

“Both Hugo and Raj have chosen to leave after having made successful contributions over many years and we wish them well in their new roles.”

Jackson’s successor at Sysco Ireland is Mark Lee. He joined the business in 2018 as commercial director, and previously held senior roles at Brook Foods, Compass Group and the Doyle Collection.

The appointment of Mahoney at Samworth Brothers follows the decision by its current group chief executive Flor Healy to retire this year.