Nisa to launch a series of one-week deals

Nisa is launching a ‘One Week Deal’ campaign, starting at the end of September, with 15 special one-week-only deals running through to the first week of 2022. 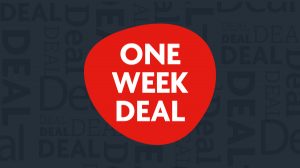 Each of the deals will feature in the Nisa consumer leaflet and national press adverts, on Nisa FM and across digital channels. The campaign will also be supported with dedicated in-store point-of-sale material.

Hannah Goodwin, seasonal manager at Nisa, said: “As we start to move away from the summer months, consumers’ shopping habits change, shifting to place more focus on value. We anticipate that shoppers will be actively looking to re-stock their cupboards with staple lines in the lead up to the Christmas period, and the One Week Deals are perfectly placed for those looking out for a bargain.”

The one-week deals will encompass a broad range of categories including household essentials, confectionery, chilled, and beers, wines & spirits.

“The One Week Deal campaign forms an integral part of Nisa’s plan to better support partners and their customers, and with the campaign already an established signpost in stores since its introduction at the start of 2021, many shoppers are likely to be aware of and on the lookout for the upcoming deals,” said Goodwin.

“We are encouraging our partners to utilise the dedicated PoS for impactful displays to help draw attention to the deals and, in turn, increase basket spend.”