National Buying Consortium (NBC) has reported strong growth in its first year of operation, including generating over £9.2 million through its National Distribution Network (NDN). 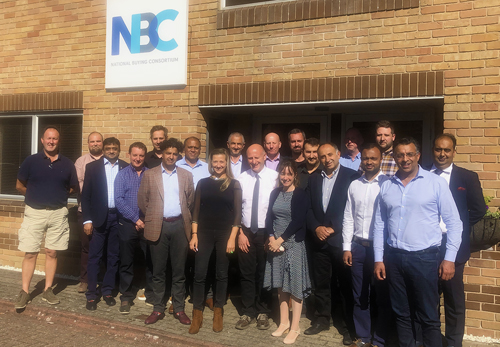 Reflecting on the group’s first year, Stuart Lane, NBC chairman and sales director at Lansdell Soft Drinks, said: “NBC’s member-owned business model has offered a collaborative and agile approach in what has been an extremely challenging environment. Our forward-thinking, transparent approach has seen growing numbers of market-leading members and suppliers join us and this trend is set to continue.”

During lockdown, the head office team and members have been focused on supporting each other with stock management and meeting changing customer needs. The head office team have also played an instrumental role in working with the Federation of Wholesale Distributors to lobby the Government to gain assistance for the wholesale sector, resulting in a number of NBC’s members gaining grants from their local councils.

As the retail and foodservice landscapes start to change again, NBC is supporting members with a ‘Let’s Bounce Back’ campaign, which builds on the group’s strong relationships with suppliers to give members the best possible prices and promotions. Early indications suggest that members are outperforming the market, reports NBC.

NBC member Steve Dussek of D&D Snackfoods commented: “We have benefited from NBC’s ability to help us adjust and adapt during this immensely difficult trading period.

“Since joining NBC, we have accessed opportunities that we would not have ordinarily. This has been a game changer for our sales and revenue.”

With business-building plans in the pipeline, including a new Retail Club offering ‘super deals’ and more new members joining the group, NBC is confident of more opportunity ahead despite these unpredictable times.