Lynas Foodservice, based in Northern Ireland, has won a £1.25 million contract to provide food and drink supplies for the most vulnerable as strict lockdown measures continue. 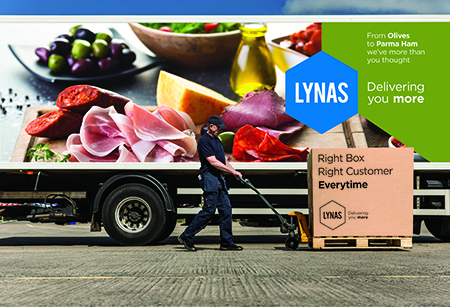 Lynas, the largest family-owned foodservice business in Ireland, was awarded the contract by the Department for Communities after a formal tender process. The Caterforce member was able to draw on its experience in April 2020 when it worked with the Department to deliver 12,000 food boxes each week for those shielding.

The new contract, which runs until the end of March, involves Lynas delivering 50 different household essentials each week to be picked and packed by organisations and community groups to suit the needs of the recipients.

“We’re a third-generation family business that is rooted in the local community,” said managing director Andrew Lynas. “We’re delighted that we can play our part in delivering much-needed support to those who need it when it’s needed most.

“Delivering food boxes last year really made a difference to those who received them and we’re thrilled that we can play such a key role in supporting the local community once more.”

Since lockdown measures were first introduced in March 2020, Lynas has continued trading, fulfilling orders to customers such as schools, care homes and hospitals that represented just 15% of its sales.

James Bielby, chief executive of the FWD, said: “It’s great to see wholesalers like Lynas Foodservice helping the most vulnerable in their communities, especially at a time when so many of their regular customers are closed and they are facing severe financial pressure themselves.

“Food wholesalers have had a raw deal from the UK Government in the last year, and initiatives like this demonstrate just how valuable they are to communities, small food and drink businesses and the economy.”