The FWD has held an online event for wholesalers and suppliers to discuss key issues pertaining to COVID-19.

The hour-long event brought together more than 130 industry figures to talk about the impact the outbreak is having on the sector and provide advice on dealing with it. 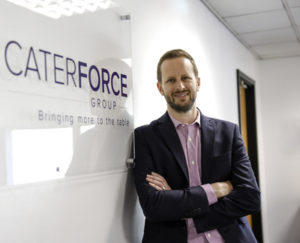 Commenting on the impact of the lockdown, Gary Mullineux (right), managing director of Caterforce, said: “Overall as a group, we were 63% down in April – a better result than we were expecting. It is very varied by member and it depends what channels they are working in. The ones that are 100% foodservice with no food outlets or stores have been hit around the 85% mark. They have high stocks, a big chunk of the customers are closed so the payments aren’t coming through, and they still have the overheads to pay for the small amounts of customers that still need to be serviced, such as care homes and some of the schools still operating for [the children of] key workers.” 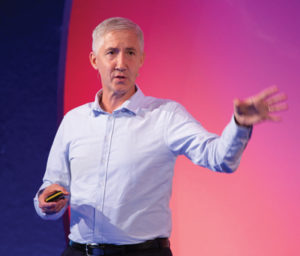 Commenting on allocations from suppliers, Darren Goldney (right), managing director of Unitas, said: “I don’t subscribe to a conspiracy theory that anyone sets out to favour one channel or another, and I think there have been some really good examples of co-operation, but it has not been in every instance.

“There are some unintended consequences of actions that have suppressed sales and in some instances have prevented wholesalers getting product to remote areas and vulnerable communities. I will give three examples:

“When the allocations are based on pre-COVID run rates, that causes an automatic issue because they aren’t relevant to what and where consumers are buying today.

“As demand has risen significantly, supplier credit control departments have faced significant issues because they are not infrastructured up to react to the flex as quickly as might have been desirable to oscillate a credit limit for a new higher level of demand.

“Minimum order quantities – in the spirit of trying to do the right thing, a number of suppliers may have focused on full pallet deliveries to get the maximum amount of product out, but smaller wholesalers that service vulnerable communities or inner cities just can’t get supply.

“Sometimes these things can be construed as one channel being favoured over another.” 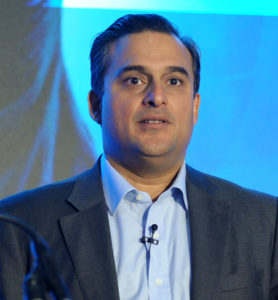 Commenting on what suppliers can do to help the transition to the new normal, Dawood Pervez (right), managing director of Bestway, said: “Availability remains a challenge for a lot of the sector and we have been keeping suppliers well informed in relation to that. Suppliers are going to have to look at the best way to support the foodservice and catering market to restart again, bearing in mind there is a lot of uncertainty as to which outlets will open, when they will open, and what consumers will be doing, so a lot of this will be related to payment terms.

“The wholesale industry has to keep shouting for its rights, claiming its place in the market and getting the level of attention it deserves.”