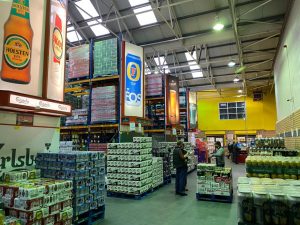 The branch at 47 MacDonald Street – near to Birmingham New Street Station and the Bullring – is the company’s second in the city. The other is at Hay Hall Road in the Tyseley area, and has been operating since 2017 when HT Drinks acquired Kartar Cash & Carry.

Founded in 1985, HT Drinks is based in Park Royal, north-west London. In addition to this original branch and the two in Birmingham, it has a depot in Newhaven, near Brighton.

A member of Unitas Wholesale, HT Drinks claims to be the largest independent drinks cash & carry business in the UK, with ambitious plans for continued growth. In addition to investing in new depots, it continues to strengthen its grocery and ambient business.