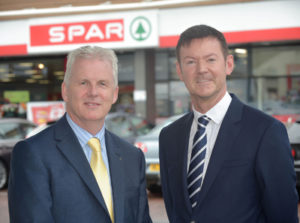 Although turnover at £659.1 million was just under 1% down, sales & marketing director Paddy Doody said the company was pleased with this performance, particularly in the light of “a very challenging, competitive and economic landscape”.

A major negative was fuel, with total litreage rising by 6.7%. Doody said that, had fuel prices been static, £23.5 million would have been added to group turnover.

Henderson Wholesale’s new ‘Enjoy Local’ brand created over £23 million sales while the foodservice division also experienced significant growth across the north and south of Ireland. Barista Bar is on target to be the highest selling coffee brand in the north.

Doody said Henderson Group sales in the first half of 2016 are running at plus 5%.