Four years after opening in Harrow, north London, Gold Star Wholesale will cease trading as a cash & carry/wholesaler by the end of this month. Turnover last year was around £17 million. 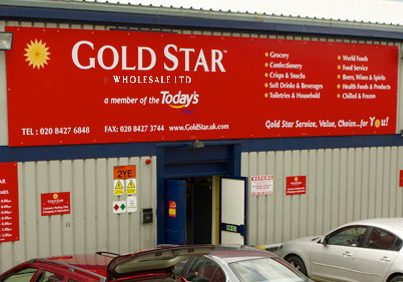 Owner Vijay Thanwani reassured Cash & Carry Management, however, that he will continue in business under the same name, but as a bulk trader from a nearby location, using a third-party logistics firm.

Explaining why he has shut up shop at the C&C site, where some delivered trade was also undertaken, Thanwani said: “A lot of construction is going on in Harrow.

“A big timber company offered us a good deal if we let out the building, and they will be occupying the 30,000 sq ft site from the start of next month.”

Thanwani is a member of the Choithram family, whose businesses include Natco Cash & Carry in nearby Hayes, where Thanwani used to work.

Until the end of 2010, the Harrow site was occupied by dual-purpose operator Premier Wholesale (UK), owned by the Samani family.

When insolvency practitioner Leonard Curtis put the building on the market, it was quickly snapped up by Thanwani for £2.5 million, a price which covered assets and stock.

He soon adopted the Gold Star name and joined Today’s Group, labelling the company ‘the Gold standard independent wholesaler’ and re-recruiting the 30 staff who had worked for the previous owner.

It is not clear how many are being retained by Thanwani in his bulk trading operation.