The lack of financial support for wholesalers during the COVID-19 crisis has been highlighted by Darren Goldney, managing director of Unitas Wholesale, in an open letter to the Government. 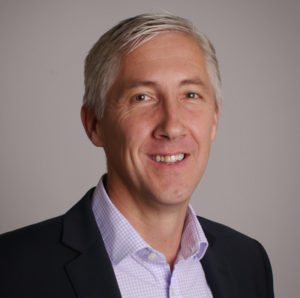 “Independent wholesalers of this country that service hundreds of thousands of pubs, restaurants, care homes, hospitals, cafes, takeaways, schools and more are being betrayed.

“While betrayal can be unintended, whatever the root cause, it is the end result so far. Please explain how it can be right that multiple retailers such as Tesco, Asda and friends are reportedly receiving up to £3 billion in business rate relief from tax payers, while in many cases managing huge sales increases.

“Meanwhile, food and drink wholesalers supplying hundreds of thousands of independent small businesses whose sales disappeared over night after instructions to close, have received zero support. We were told you would stand by UK businesses but this support seems highly selective.

“You must act. Our group, Unitas Wholesale, is made up of 170 independent wholesalers. Our name is based on the principle of winning together with our key partners and stakeholders. The UK government should be one, but you are not standing with us.

“We reach millions of consumers, employ thousands of people and supply hundreds of thousands of small food and drink businesses who we stand side by side with in a battle to survive.

“You have spent billions in the wrong places. This needs to be called out but most of all it needs to be corrected, and quickly.

“This week we’ve seen the first flow of job losses, because the business rate relief you’ve granted, sometimes needlessly for ‘the rich and the growing’, has not been given to where it was needed and where it would save jobs and businesses.

“As a result there is no breathing space afforded as our independent, often family-owned, wholesalers work with outlets to reignite hospitality from July onward. No matter how we do this, sales won’t return quickly but will eventually.

“Heartbreaking decisions are forcing people out of jobs and this could be avoided by recognising the elephant in the room. You’ve spent far too much in the wrong place but two wrongs do not make a right. Give wholesalers the same business rates relief as you have others.

“The definition of betrayal above is interesting and I believe that when a government turns its back on an entire sector in favour of others, then it more than qualifies.”