In the year to date, sales growth through Scotland’s SPAR stores is running at double the rate of growth in the overall convenience market. 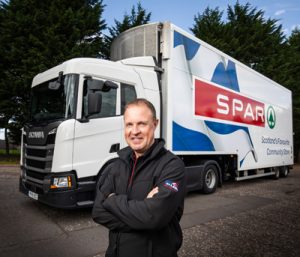 CEO Colin McLean: ‘SPAR Scotland really is changing, with a clear strategy and a new team to deliver it.’

SPAR wholesaler and retailer CJ Lang & Son has reported that, in the six months to the end of October, its 108 company-owned stores recorded average sales growth of 16%, while the independent SPAR stores in Scotland achieved 19% growth. There are now 234 independent stores served by CJ Lang – eight more than at the end of April 2020 and up from 180 in 2018.

Announcing the full-year results, CEO Colin McLean said: “Prior to the onset of COVID-19 our business was already growing, buoyed by the development of our food-to-go offer; a continued focus on improving and implementing consistent store standards; the development of our independent retailer customer base; and improvements to our offer in order to meet the changing customer needs within convenience retailing,”

However, as part of the company’s strategy for profitable growth, it has had to take “difficult decisions”, said McLean. These included the disposal of five SPAR stores – three (in Aberdeen, Airdrie and Stenhousemuir) were sold to independent retailers, while two (in Invergordon and Mallaig) were closed. One new store, in Havannah Street, Glasgow, was opened. In addition, the number of employees has been reduced by around 50, but still stands at more than 2,000.

During the year to the end of April 2020, margins were static at just over 24%. This was affected in the final six weeks of the financial year (the start of lockdown) by an increase in demand for cigarettes, which have a notoriously low margin but nevertheless produce valuable cash sales. 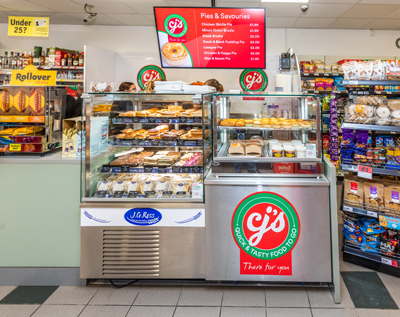 The star performer, food to go, is one of CJ Lang’s key focus areas, and within the past few months, the new CJ’s food-to-go range has been introduced in 25 company-owned stores. The pace of refitting stores with a CJ’s counter has been affected by COVID, but the company is aiming to roll out the concept to the rest of its company-owned estate by the end of next year.

“CJ’s is about working with local, award-winning bakeries, it is a higher margin sales proposition, and its introduction is on the back of the Costa coffee offer that is consistent across all our company stores,” McLean explained. These stores are currently selling nearly £30,000 per week of Costa coffee.

He continued: “We are looking at different ways of reinventing the business. It’s about offering a broader proposition to more customers across Scotland.”

Other innovation from the company includes a new range of Indian cuisine in partnership with Perth restaurateur Praveen Kumar. This range will be introduced to SPAR stores across Scotland over the coming months.

Meanwhile, on everyday food and drink lines, the company is launching a ‘Big Deals, Small Prices’ campaign to help improve overall value perception. Running from 16 November into next year, it will be backed with radio and digital/social activity. Further support will include a new TV advertising campaign, on air later this month, with further bursts planned for January, March and May next year.

CJ Lang is keen to work closely with suppliers to get the right offer for consumers, including bringing NPD to market ahead of the competition. In addition, the Dundee-based business is offering suppliers the opportunity to buy its sales data through its new SPAR Scotland SalesTrack service in partnership with data specialists TWC.

“We recognise the value in our data – there is nobody else offering Scottish data for both retail and wholesale,” said McLean. “SalesTrack will allow suppliers to understand our business as well as we do, and they are very excited about it.” 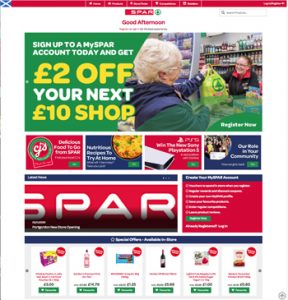 It is also continuing its click & collect service for trade customers from its Dundee distribution centre and Snappy Shopper home delivery trials in four areas of Scotland. “The challenge we all have is how to make money from home delivery,” said McLean.

Commenting on the overall marketplace, he added: “The onset of COVID-19 at the end of the last financial year, and the subsequent months that followed, have seen the retail landscape completely change.

“Being solely Scottish focused has enabled us to adapt quickly and react flexibly to the changing retail landscape whilst continuing to provide a first-class service to our independent retail customers, consumers and communities at a time when they have needed us most.

“As we look forward to 2021, things are likely to continue to be very, very tough,” he continued. “The way our customers shop and the way we work together will have possibly changed forever.

“Realistically, COVID is still going to be around and we will be stuck in the biggest economic depression in many years. Brexit will have become reality. The Scottish Government deposit return scheme goes live from summer 2022 but the planning will be well under way. And with a divided UK, who knows where we might end up with IndyRef 2? An independent Scotland might become reality. Either way, SPAR Scotland will be well placed to take our journey on to another level.

“SPAR Scotland really is changing, with a clear strategy and a new team to deliver it,” McLean concluded. “We want to own Scotland.”

• Next year, CJ Lang is hoping to hold a physical trade show at the Macdonald Aviemore Resort on 23 September.