Cadbury products backed by the return of Match & Win promotion

Cadbury, in partnership with the UK’s biggest football clubs, has announced the return of the ‘Match & Win’ promotion for the fourth consecutive year. 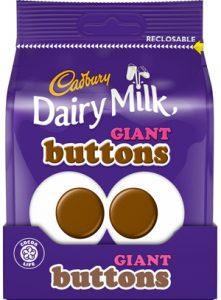 The competition, running until 15 November, offers shoppers the chance to win football prizes, including 10 pairs of VIP tickets and 500 pairs of match tickets.

The promotion is running on 170 million Cadbury packs, including Twirl, Wispa, Crunchie and Double Decker and across a range of formats, such as singles, tablets, bags and multipacks.

For a chance to win, consumers purchase any participating Cadbury product, visit the matchandwin.co.uk website and enter the barcode and batch code visible on the pack. When the code is entered, they will receive a randomised predicted score for an upcoming football game. If the predicted score matches the actual match score they are guaranteed a prize. For the first time this year, prizes include millions of £5 and £10 Club Shop e-vouchers.

“Retailers have enjoyed the benefits of this successful promotion for the past three years and are aware of the sales opportunity this exciting consumer promotion creates. To make the most of the occasion, retailers should stock up on participating Cadbury products in advance and maximise visibility in-store to create real excitement.”