AF Blakemore denies C&Cs are up for sale

AF Blakemore & Son has issued a statement denying national newspaper reports that it is to sell its wholesale division, which comprises 13 cash & carries. 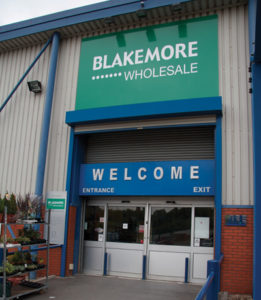 A spokesman for Bestway, which was mentioned by the press as heading the list of those expressing interest in any disposal, told Cash & Carry Management: “We will always be linked with speculation, but will only comment once any deal is concluded.”

The papers also said that negotiations were being handled by KPMG.

In a statement, Blakemore said: “AF Blakemore & Son Ltd is not for sale and our focus remains upon the company’s core purpose of building a profitable and sustainable family business for the benefit of our staff, customers, suppliers and the communities we serve.

“AF Blakemore has been a family-owned business for the past century and is committed to building a successful company for the next 100 years. Blakemore Wholesale is part of this strategy and we are looking at all options to develop the business and improve its performance.”

The cash & carry operation, a leading member of Landmark Wholesale, was reported to be on offer for £100 million.

Blakemore has recently closed its 10,000 sq ft Hexham, Northumberland, branch, previously operating as Lowrie’s. The cash & carry had a staff of seven.

However, on 4 August, the wholesaler relaunched its Wolverhampton depot with a new look and more fine foods, fresh meat and catering products. The revamp, which took place in just four weeks, will be replicated over the next three months in the other 12 Blakemore C&Cs. A new focus will be on mid-level foodservice and the out-of-home market in an attempt by the company to raise its levels of on-trade and catering business from 10% to 20-25%.

A process of rationalisation will result in the number of lines in the total range being cut from over 20,000 to fewer than 8,000. Then the range will be managed on a ‘one in, one out’ basis. “If the commercial proposition, brand proposition, packaging and flavour of a particular product aren’t right for our customers, we’re not going to sell it,” said Blakemore Wholesale MD James Russell.
Suppliers have also been put under scrutiny, with the current 851 reduced by 384. Eventually there will be a supplier base of 355 who will sit in one of three categories: strategic, core and specialist. The realigned focus will prioritise the 21% of the supply base that produce 90% of turnover.

After the supplier shake-up, Blakemore Wholesale is aiming to offer 99.5% availability to customers, with 100% on the top 1,000 SKUs. Suppliers have been called on to improve their service – since the start of the year, they have crossed off more than £5 million in stock and the service level from the top 100 is 92%.

Blakemore has also pledged to be more competitive while improving margins for retailers. The soft drinks, crisps and snacks categories have seen pricing changes, and suppliers have been told that a reduction in profit margins on promotions is no longer acceptable.

Meanwhile, Blakemore’s staff have received new uniforms and training focused on product knowledge and active selling. Depots are being asked to identify their top 30 spenders and their habits, reconnect with the top 30 lapsed customers, and get to know new customers.

The retail club, which has three fascias, has also been examined. Customer categories on the system have been streamlined from 28 to six, and 100 customers have been expelled from the club. Russell said: “As a business we have a huge amount of room for improvement, both in terms of the way we communicate with our suppliers and the way that we engage in general. This, for us, is very much a step forward.”

Group turnover of AF Blakemore & Son is over £1.3 billion and the main division is its Spar distribution business, which is unaffected by the latest changes and rumours.