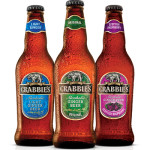 With the 2016 Crabbie’s Grand National scheduled for 7-9 April, the UK’s number one selling alcoholic ginger beer is benefiting from a six-figure sum being invested in festival activation by brand owner Halewood […] 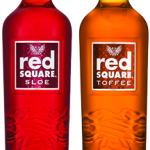 Halewood International has unveiled a new creative message for its Red Square Vodka brand, which now features two new flavours. The ‘Life. Live it. Join it. Make it.’ campaign is […]